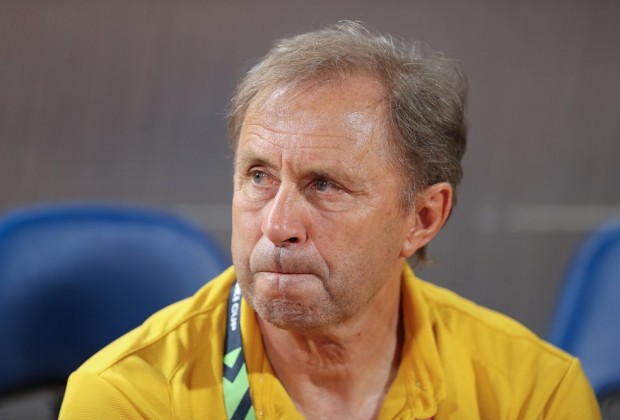 "Coach Milovan or whatever his name is, who the hell is he? The man comes in you sack him and then somehow somebody decides that this old whatever he is should be brought back to Ghana, is he the only thing that God gave to the football fraternity of Ghana? And you talk about players not respecting local coaches and that is why they went for a foreign coach." KT Hammond said.

"One horrible statement that I'm told 'because I told you I didn't watch it (Ghana v Comoros) it was those who watched it that told me that he said it at the after match interview' he made a very stupid if it is true. Mr Speaker, stupid statement, a derogatory statement, a racist statement that well he has come to make sure that we qualify for the world cup. Can you imagine?" he added.

KT Hammond didn’t mince words at all when he called out Former Black Stars Coach Milovan Rajevac in parliament and asked the Sports Minister to sack him.

Rajevac, re-appointed in September last year, after supervising Ghana's worst ever Afcon performance said he would not quit as his primary target was to ensure qualification to 2022 World Cup in Qatar.

“I’m not leaving, I want to stay and qualify Ghana to the World Cup,” Rajevac said.

However, the Sports Ministry, in charge of the Black Stars coach's salary, ‘forced’ Ghana Football Association to fire him.

Rajevac second stint was a disaster. He did very in his first stint between 2008 and 2010. The Serbian led Ghana to the Afcon final in 2010 and later that year, he guided to the World Cup quarter-finals.