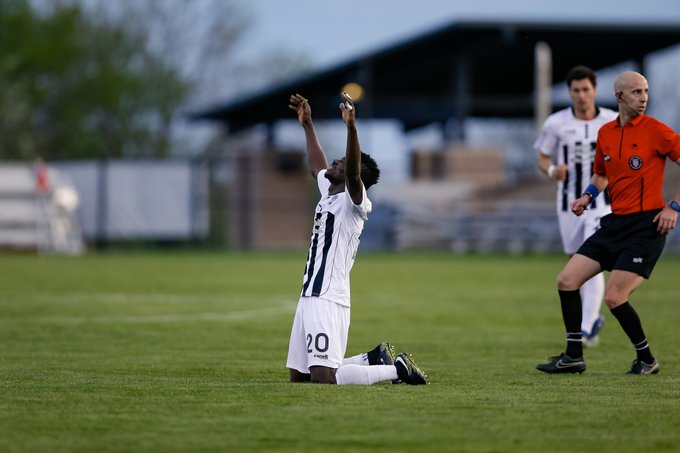 Ghanaian midfielder Kwasi Donsu scored a scorching goal for Colorado Switchbacks in their 1-0 win over Denver in the Lamar Hunt U.S. Open Cup on Wednesday night.

The 23-year-old released a rocket to beat goalkeeper Jacob Peterson to separate the two sides on the stroke of first half at home.

Donsu, was thrown into the game and discharged his duty with aplomb as the Switchbacks progressed into the next stage of the Cup match.

The Switchbacks will either travel to Phoenix Rising FC or host New Mexico United in the third round of the U.S. Open Cup on May 29th, depending on who wins their matchup.