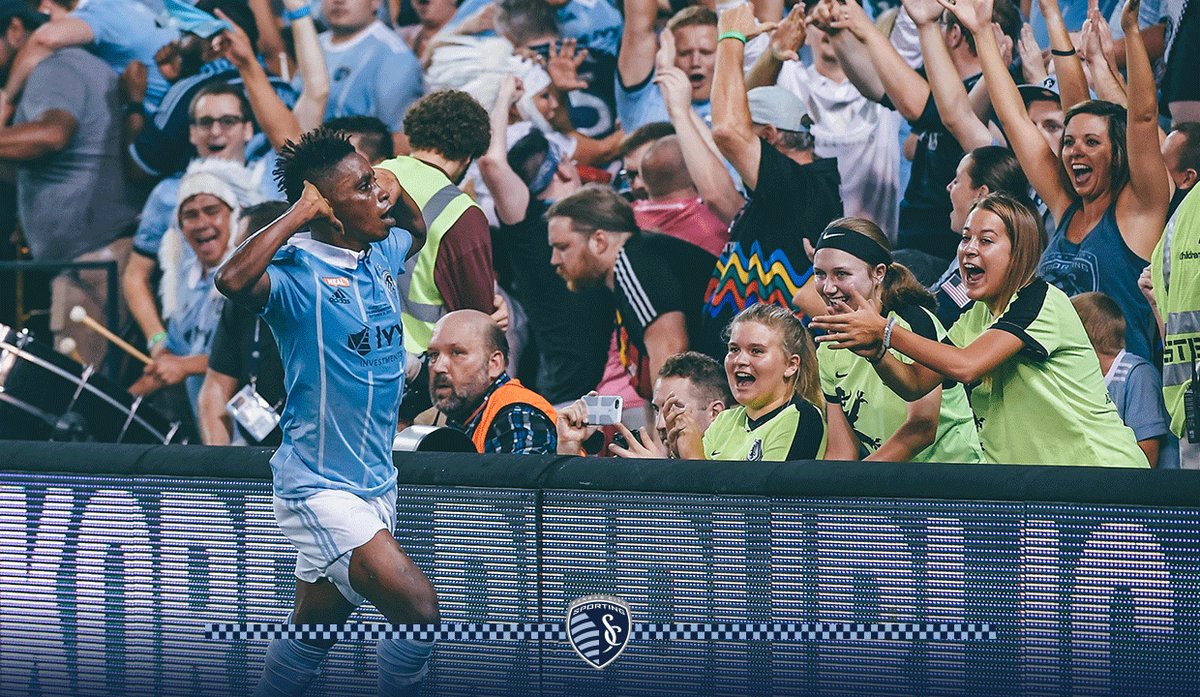 Latif Blessing showed his dancing skills after scoring in the first goal in Sporting Kansas City's 2-1 US Open Cup final win over the New York Red Bulls on Wednesday.

The former Ghana Premier League goal king gave his side an early by rising home to head in a cross from the right.

But he had to leave the pitch early due to injury.

Daniel Salloi's clever touch past Ryan Meara in the second half was enough to hold off a late Red Bulls charge led by Bradley Wright-Phillips.

The win at Children's Mercy Park ensured Kansas City claimed their fourth Open Cup title, and their third in the past six years.