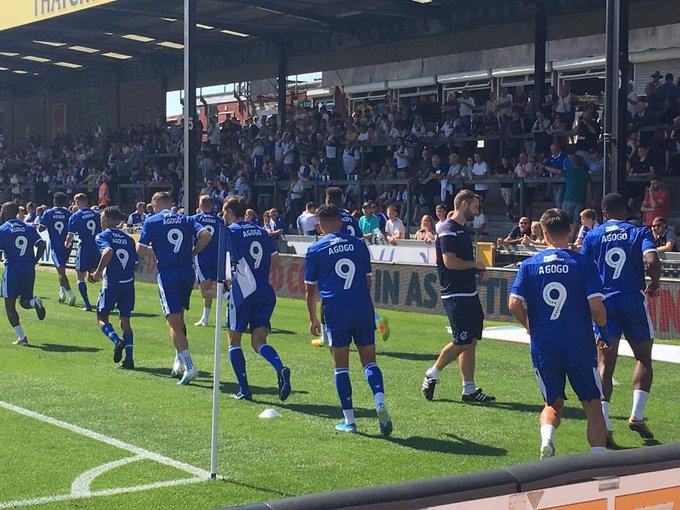 Bristol Rovers players paid tribute to deceased former player Junior Agogo by wearing shirts emblazoned with his name in their pre-match warm-up against Oxford United on Saturday in League One.

The former Ghana international played for Bristol Rovers between 2003 and 2006 where he scored 41 goals in 126 appearances.

Bristol Rovers also observed a minute silence for him before kick-off in their 3-1 home win.