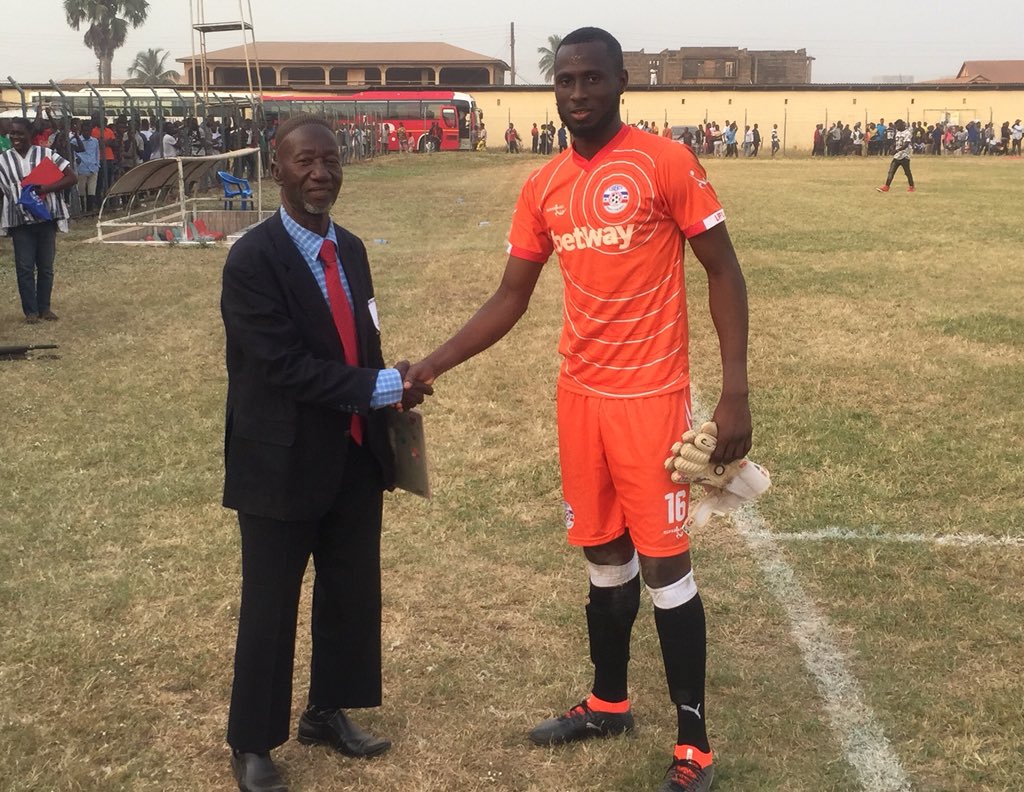 Liberty Professionals goalkeeper Ganiwu Shaibu was Man of the Match against Berekum Chelsea.

Liberty Professionals goalkeeper Ganiwu Shaibu put up an outstanding performance to be named Man of the Match in their 0-0 draw at Berekum Chelsea on Sunday.

Shaibu- who replaced Kofi Baah in the starting line-up-produced a portfolio of saves through out at the match at the Golden City Park.

In the 73rd minute, he saved a penalty from Kofi Owusu to deny the Blues victory on home turf.

It was such a splendid debut for the debutant.

Goal Keeper Ganiwu Shaibu shared his thought about our 0-0 draw with Berekum Chelsea and his splendid Man of the Match performance.