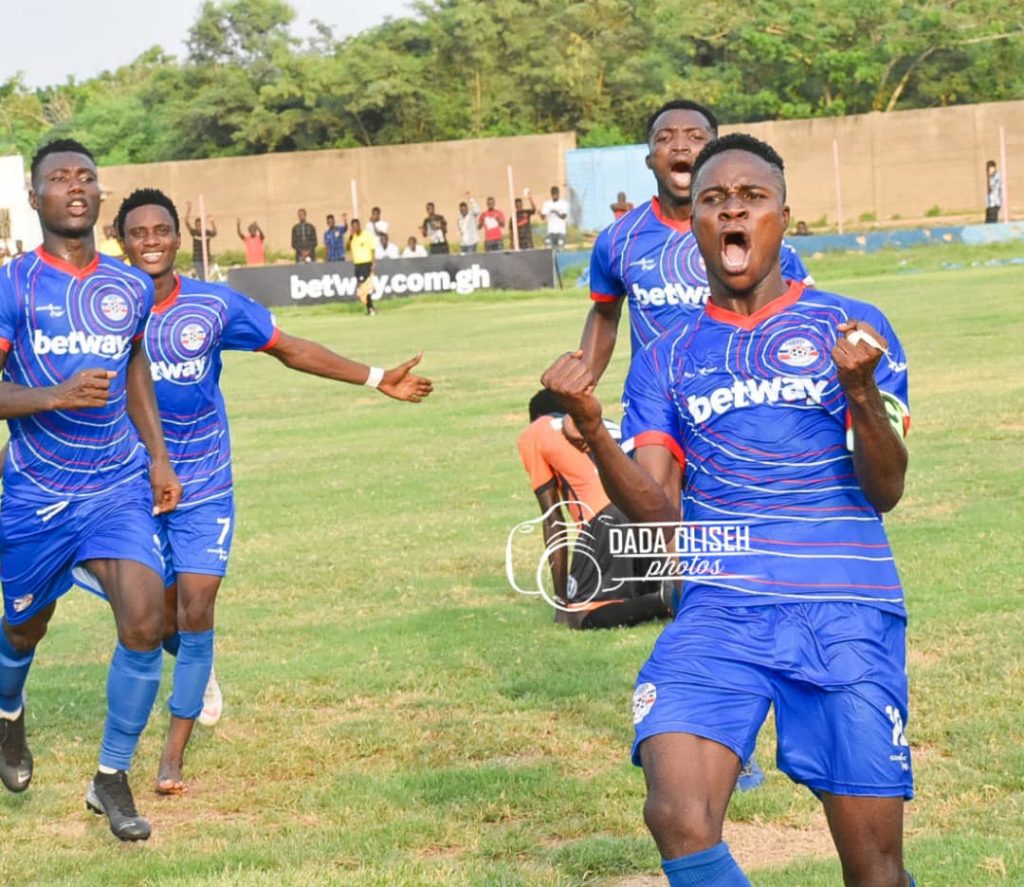 Liberty Professionals hero Mubarak Alhassan could not hide his joy after scoring the winning goal against WAFA in Week 6 of the Ghana Premier League on Friday.

The Scientific Soccer lads handed WAFA SC their first defeat of the ongoing campaign with a 2-1 win at Sogakope.

Liberty striker Elvis Kyei Baffour converted from 12 yards in the 28th minute after he was adjudged to have been fouled in the box by WAFA skipper Abukari Ibrahim.

But WAFA found the equalizer in the 71st minute through substitute attacker Lawrence Agyekum.

However, the visitors clinched the maximum points eight minutes later thanks to Mubarak Alhassan's strike.

Speaking after the match, Alhassan expressed his delight to have been on the score-sheet for the second away game in a role.