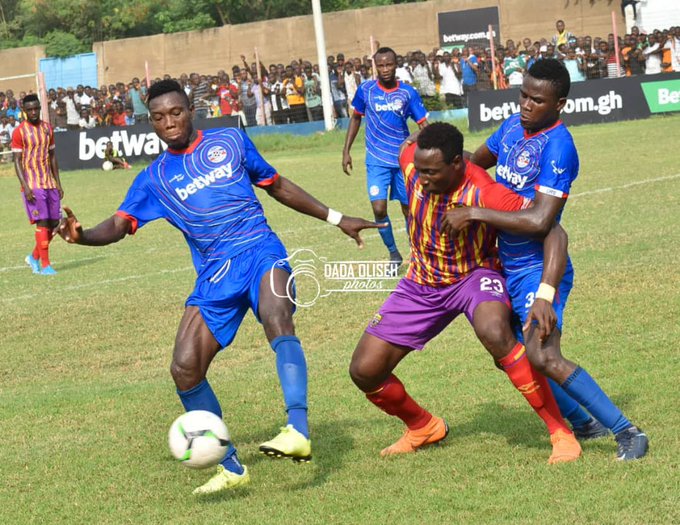 Liberty Professionals star midfielder Michael Sefa is disappointed after his side capitulated in the final minutes to lose to Hearts of Oak on Match day 5 of the Ghana Premier League.

Sefa had given the "Scientific Soccer Lads" the lead after just two minutes but the Dansoman based side fell short with just 5 minutes left.

"It was a very disappointing afternoon for us because we thought we had won the game based on our output but we lacked concentration in the last few minutes of the game and that really cost us ," he said.

Despite the disappointment, the versatile played expressed delight in scoring his first goal of the season against the Ghanaian giants.

Midfielder Michael scored his first goal for the club in the 2-1 defeat to Hearts of Oak and he shared his thought after the game. pic.twitter.com/BK89r54ws1