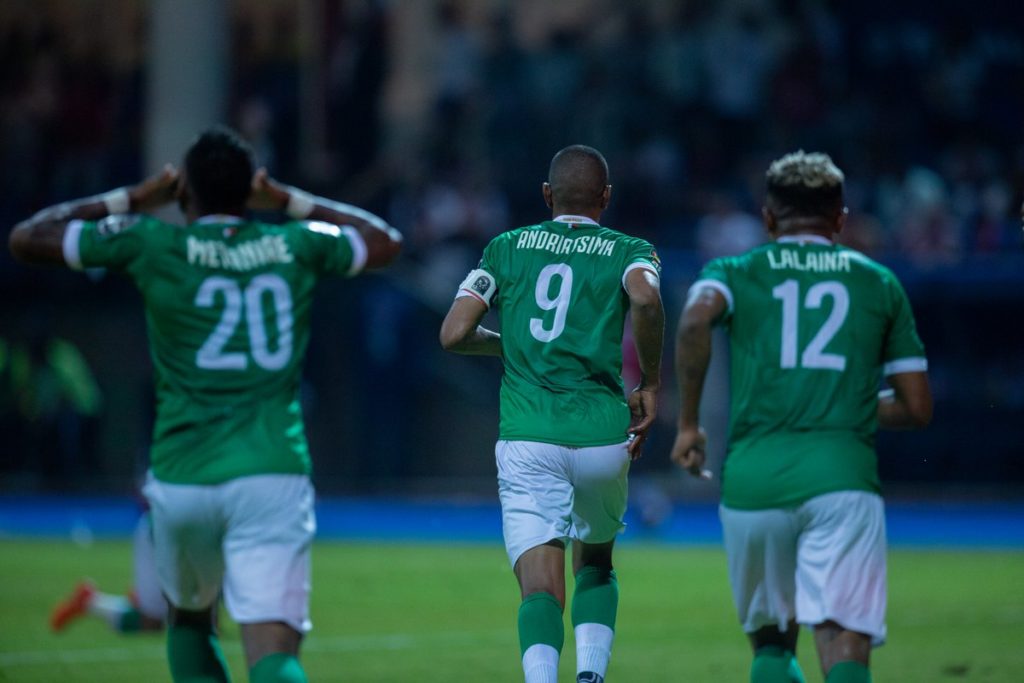 Though strikes from Ibrahim Amada and Faneva Ima Andriatsima were each cancelled out by Cederic Bakambu and Chancel Mbemba, they held their nerve in the shootout to keep their dream alive as Yannick Bolasie cost his side in the end.

While Congo had more quality on paper, Madagascar had form on their side, and they started like a team unbeaten in the tournament so far. Amada’s excellent strike from distance gave them a deserved lead after nine minutes.

Their pressing was frustrating Congo, who couldn’t get going. But out of nothing 11 minutes later, after a pinpoint cross from Ngonda Muzinga, Bakambu snatched an equaliser and his third goal of the tournament.

The game followed a similar pattern in the second half and Madagascar thought they’d won it with 13 minutes remaining when Andriatsima headed home Romain Metanire’s cross, but third time lucky, Mbemba converted from a corner in the final minute to set up extra time.

He almost scored again early after the restart, but another header was saved by Melvin Adrien. The game ended in penalties, and Madagascar progressed to the quarter finals after Bolasie’s miss from the spot.

We've got highlights for the match in which history was made for Madagascar, #MADCOD...📺#TotalAFCON2019 #FootballTogether pic.twitter.com/x00BOBO3DE