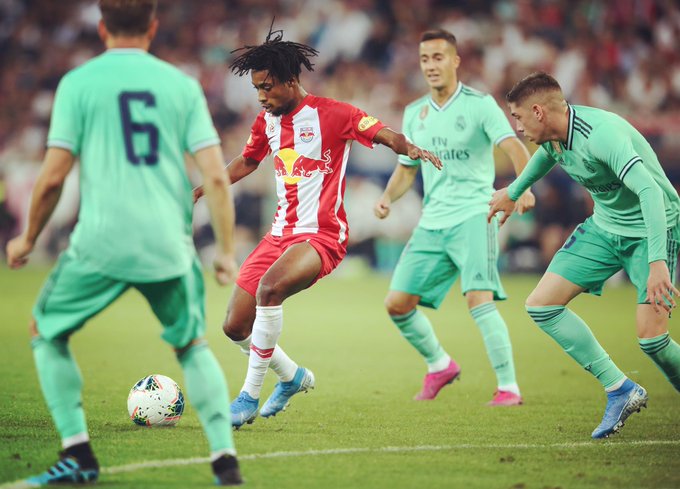 The midfielder, who climbed off the bench in the second half showed his qualities by bossing the midfield.

Eden Hazard scored the only goal of the game in the 19th minute.

MAJEED’s MAGIC: #WAFAcademy graduate @MajeedAshimeru was a second half substitute for @RedBullSalzburg against @realmadrid and he weaved his magic as usual.

Enjoy the highlights of his performance pic.twitter.com/COU2vlv1Sb