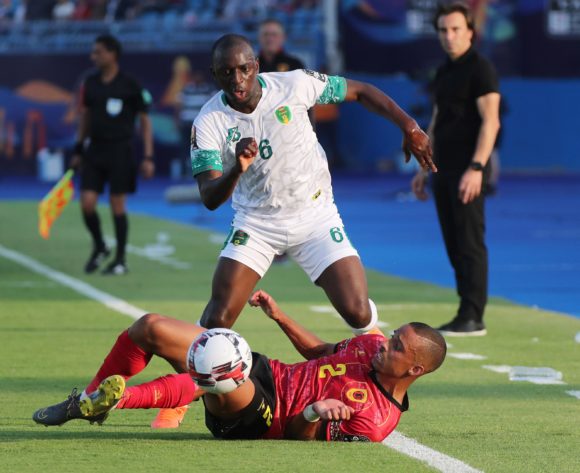 Khassa Camara of Mauritania tackled by Bruno Gaspar of Angola during the 2019 Africa Cup of Nations Finals football match between Mauritania and Angola at the Suez Stadium, Suez, Egypt on 29 June 2019 ©Gavin Barker/BackpagePix
Share

Angola’s hopes of heading to the top of Group E at the 2019 Africa Cup of Nations were stymied by a 0-0 draw with Mauritania at the Suez Stadium on Saturday.

The result sees the Palancas Negras go level with second-placed Tunisia on two points in the group standings, while Al Murabitun pick up their first point of the campaign but remain in fourth spot. The log is topped by Mali on four points.

Mauritania goalkeeper Brahim Souleymane gave his defenders a real fright when he allowed a simple long ball to skip over him in the 11th minute, but luckily for the gloves-man it passed wide of the goal posts.