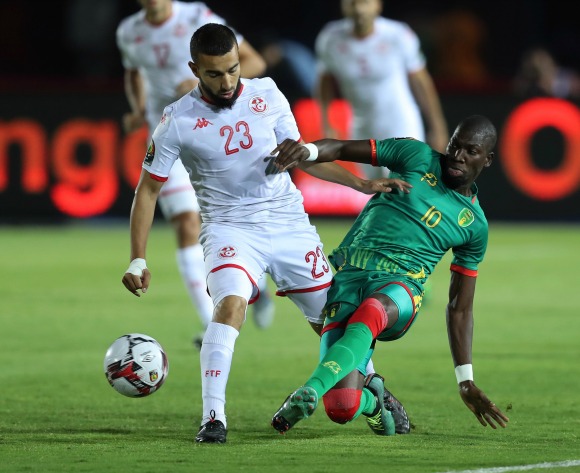 Adama Ba of Mauritania tackled by Sliti Naim of Tunisia during the 2019 Africa Cup of Nations Finals football match between Mauritania and Tunisia at the Suez Stadium, Suez, Egypt on 02 July 2019 ©Gavin Barker/BackpagePix
Share

Tunisia drew 0-0 with Mauritania in their final 2019 Africa Cup of Nations (AFCON) Group E match at the Suez Stadium in Egypt on Tuesday night.

As a result, the Carthage Eagles progressed to the Round of 16 as runners-up, while the Lions of Chinguetti bowed out of the tournament.

The Lions of Chinguetti threatened first through Ismael Diakhite as Mauritania looked to grab a surprise lead against the 2004 AFCON champions.

The US Tataouine forward's right-footed shot was saved by Tunisia goalkeeper Mouez Hassen four minutes into the encounter.