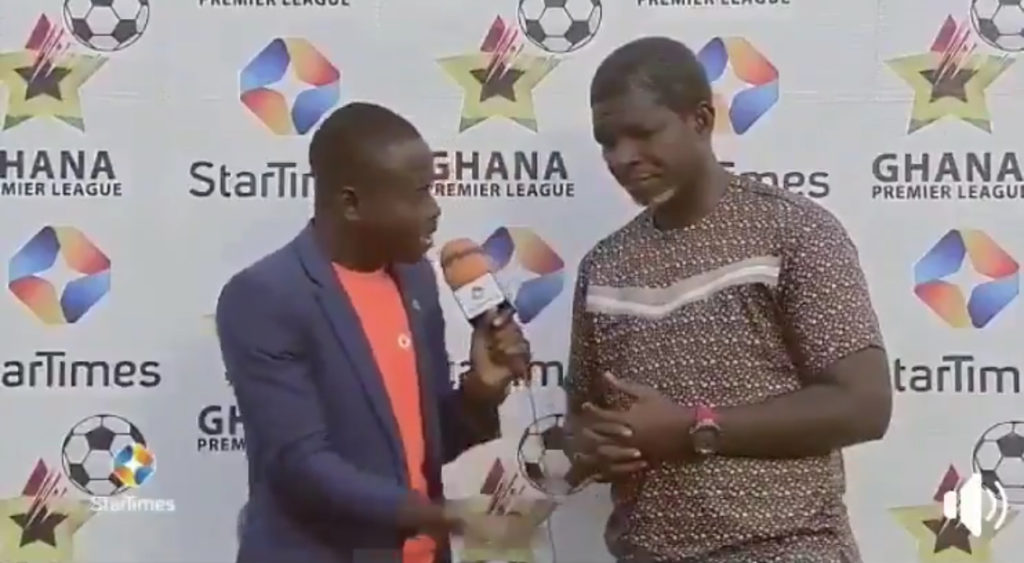 Head coach of Asante Kotoko Maxwell Konadu could not give explanation to why his team played the first half with ten-men during their 1-0 defeat against Aduana Stars in Week 11 of the Ghana Premier League.

Several advocates of the Ghana Premier League were left stunned after the top liner for Matchday 11 produced an unusual scene as Aduana Stars and Asante Kotoko played with 10 players in the first half.

The norm is to have two playing clubs field 11 players at the start of a match. But these two big clubs had different ideas.

Reports from the benches said, before kickoff, that Aduana’s Farouk Adams and Kotoko’s Martin Antwi had sustained knocks and required treatment.

Their treatment seemed to be delaying the start, so referee Alphonso Atiapah decided to get things underway. Per association football rules a team is required to field a minimum of seven players.

Strangely, after receiving treatment, none of the two still came onto the pitch first – a move that is reported to have been borne out of superstition. According to grapevine sources, the superstitious instructions were that the team whose player entered the pitch first would lose.

The teams completed the first half with 10 men each, and the score was goalless. In the second half, the two players finally made their way onto the pitch.

When quizzed on what informed his decision, coach Konadu could not expatiate himself.