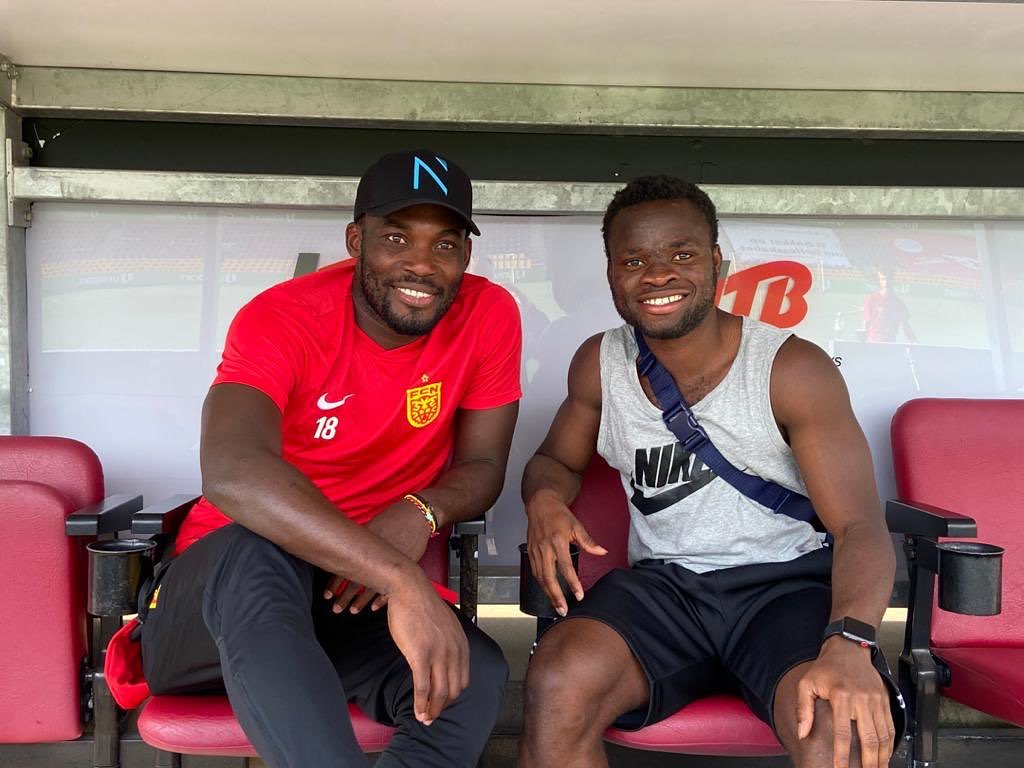 Essien at Nordajaelland's stadium together with youngster Clinton Antwi

Ghana legend Michael Essien has revealed why he decided to start his coaching career at FC Nordsjælland in a wide-ranging interview.

The Chelsea star has joined the Danish club as a player-coach this season.

Essien is focusing on learning how to develop players within the club's style of play and supporting young players in their transition to the first team.

He also brings invaluable experience and mentality into Nordsjælland culture.

Kwaku, a friend of the club and of Michael's, sat with Michael and talked all things football: his career, his current ambitions, Africa and some untold stories about his football life.

Watch the interview below: