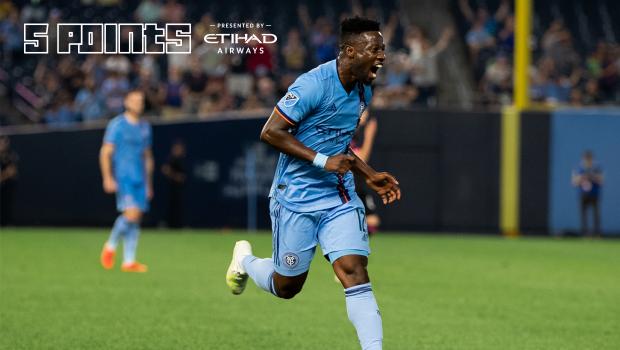 Ebenezer Ofori has expressed delight in scoring a delightful goal for New York City FC in their 3-0 win over Seattle Sounders on Wednesday.

Ofori smashed in a thunderbolt from more than 30 yards with an unstoppable strike from 35 yards to tie a bow on another emphatic win.

Other scorers were Maxi Moralez and Jesus Medina to ensure New York City FC moved within three points of the Eastern Conference summit.

''First of all I will thank God for this great victory. I think everybody played well, everyone did his best. It's a good win for us and we need this win,'' Ofori said.

On the goal he said: ''I saw the passing coming and my first touch was good and I said why not I have to take it.''

🔊 Sound 🔛 for a message from @DomeTorrent at the end... 😄 pic.twitter.com/7oKA2U5lIB