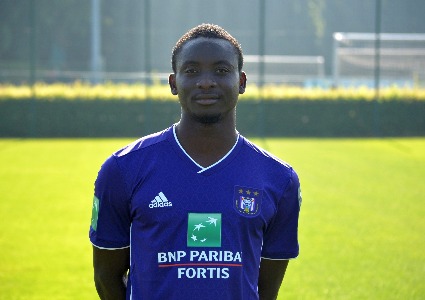 Second half substitute Mohammed Dauda has refused to take all the credit after his brace ensured Belgian giants Anderlecht earned a comeback 2-2 draw with Westerlo in a pre-season friendly.

Westerlo took the lead when Naessens took advantage of a blunder from goalkeeper Boeckx.

Just before the hour mark, Westerlo were awarded a penalty and Lucas van Eenoo expertly put it away.

Anderlecht made changes and Dauda joined the action and after just three minutes on the pitch he connected a cross from the right to halve the deficit.

On the 90th minute mark, the budding talent headed in a corner kick to restore parity.