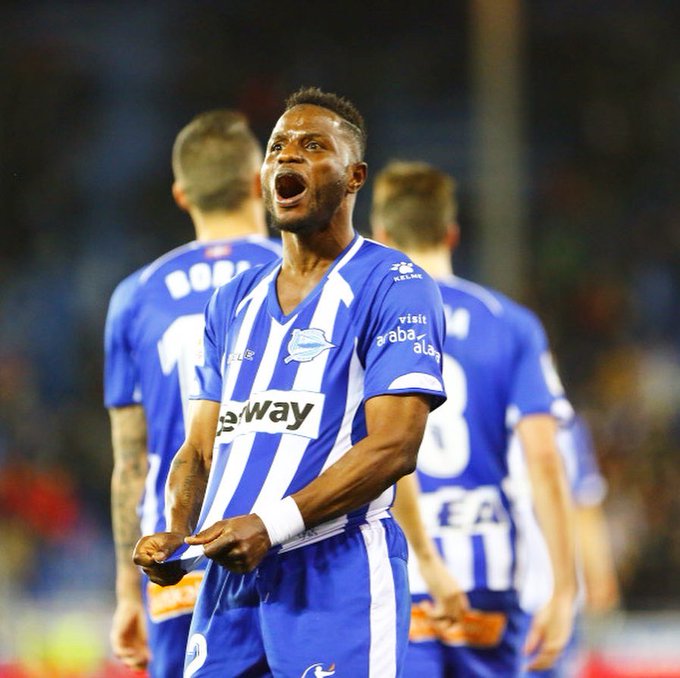 The 29-year old joins the Asian side in a mammoth deal that saw the Spanish outfit sell him for $3 million.

"Great moment. great time. Great life. Great memories. Great experience words can’t describe my feelings right now wasn’t easy for me to accept my exit from you guys but in the other way I was also thought of the benefits for both sides. A big thanks to Deportivo Alaves," he posted on Twitter.

Wakaso joins Jiangsu Suning on a three-year deal and will be unveiled in the coming days.

The Ghana international has been one of Alaves’ best players since joining them two seasons ago from Greek side Panathinaikos in 2017.

He played 26 times for the club in the Spanish LaLiga.