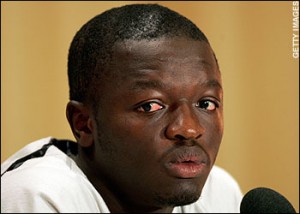 The Dutch international Sneijder tied the knot with Yolanthe Cabau van Kasbergen in a typically over-the-top footballerâ€™s wedding in Tuscany.

Sneijder and van Kasbergen have been together for less than a year after the Inter midfielder left his wife and four-year-old son last summer in a move that has gripped the press in the Netherlands.

The former Ajax and Real Madrid playmaker came dressed in a silky blue suit and the happy couple let off doves at the end of the ceremony with the likes of Sulley Muntari and Ivan Cordoba in attendance.