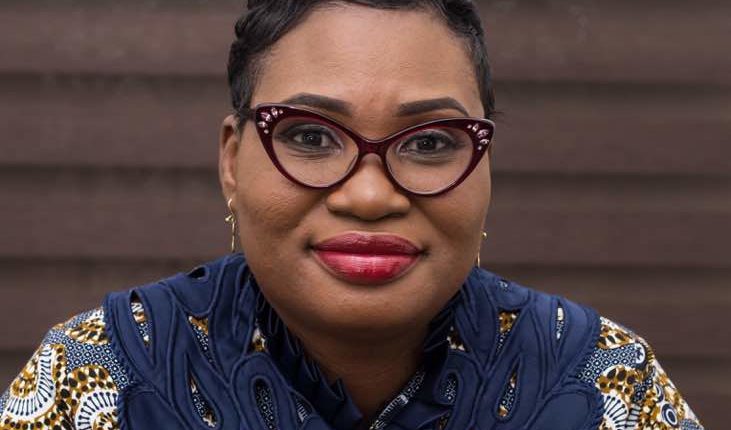 Flamboyant member of the Normalization Committee, Naa Odofoley 'Naa Gucci' Nortey, has launched as astonishing attack at football people for criticizing the huge amounts they received as salary for their part-time work, insisting her $4,000 monthly package is 'chicken change' which can 'only buy a Gucci bag'.

The lawyer, who now assumes the nickname Naa Gucci, slammed people who the game who claimed that the broke Ghana FA's money is being wasted on salaries of the members of the NC as the federation has pressing financial needs.

Monies meant for the Ghana FA for football development was used in paying members of the caretaker body salaries that no previous executives members ever received.

Each member received $4000 per month while the chairman Dr Kofi Amoah took home $6,500 and with the federation struggling to meet its needs constantly people in football have criticised the amount received.

Odofoley 'Naa Gucci' Nortey has described as amusing and disrespectful some allegations which were leveled against her and the committee.

Among the numerous allegations, was a deliberate attempt by the committee to stretch out their stay to enjoy the 4,000 dollar monthly allowance they received from FIFA.

But in an interview with GhanaWeb Sports editor, Daniel Oduro, Naa Odofoley averred that she anticipated stiff opposition but was left furious by some of the claims.

The legal practitioner revealed that the only possession of hers the money could afford is a Gucci bag.

She stated that due to her commitment to the restoration of Ghana football, she lost out on deals that could fetch her huge money.

“Again I don’t mean to sound funny but 4000 dollars, that’s one Gucci bag. I don’t know the kind of people and how much they earn but in my 16 years of practice, 4000 dollars is a quarter of a basic divorce you do. I’m sorry but its nothing”.

“It was annoying and I feel sorry for them. They think 4000 dollars is what I would charge. I probably need to get my office to quantify what I have lost in terms of fees in this one year. I can assure you that 4000 dollars is chicken change”, she said.