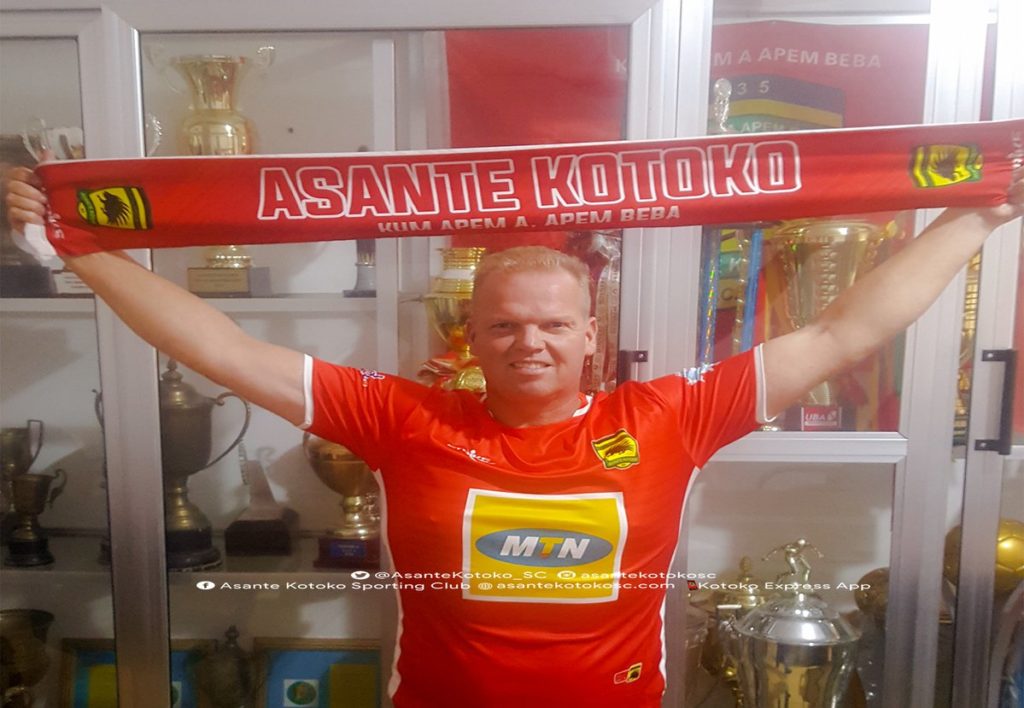 New Asante Kotoko coach Kjetil Zachariassen introduced himself to the players on Monday as he took charge of his first training session at Adako Jachie.

He laid down his rules and also stated what he would be demanding from the players.

"I'm going to make a better football player than you are now. That is my believe and I know we going to win trophies together as long as you listen what we tell you,'' Zachariassen told the players.

''If you play for yourself, there's no place in this team. That's first thing I would like to say.''

The Norwegian signed a three-year contract to replace CK Akonnor who has been elevated as technical director.

Zachariassen has been tasked to lead Asante Kotoko to the group stage of the 2019/20 CAF Champions League in his first season.