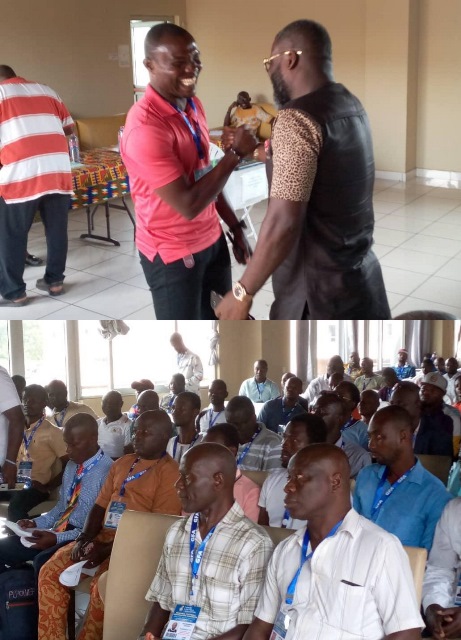 Mr. Samuel Aboabri has been elected as the Chairman of the Greater Accra Regional Football Association (GARFA).

Mr. Aboabri, therefore, succeeds Mr. Eddie Doku who couldn’t stand for the position considering his involvement in the Number 12 documentary which exposed the corrupt practices in Ghana’s football.

Mr. Aboabri, In his victory speech, said he would engage all members of the GARFA in order to solve all issues confronting the growth of football in the country.

“I thank the Almighty God for this victory. I have been in football for over 30 years, especially in the Greater Accra Region and the endorsement shows that delegate appreciate what I have done for the region.

“I would never disappoint delegates and my doors are open for advice. Football is about teamwork and I would engage other candidates for the good of the association,” he said.

He stated that he would relocate the GARFA office to its new complex and also introduce a rotational league system and women under-17 football across the 17 districts.