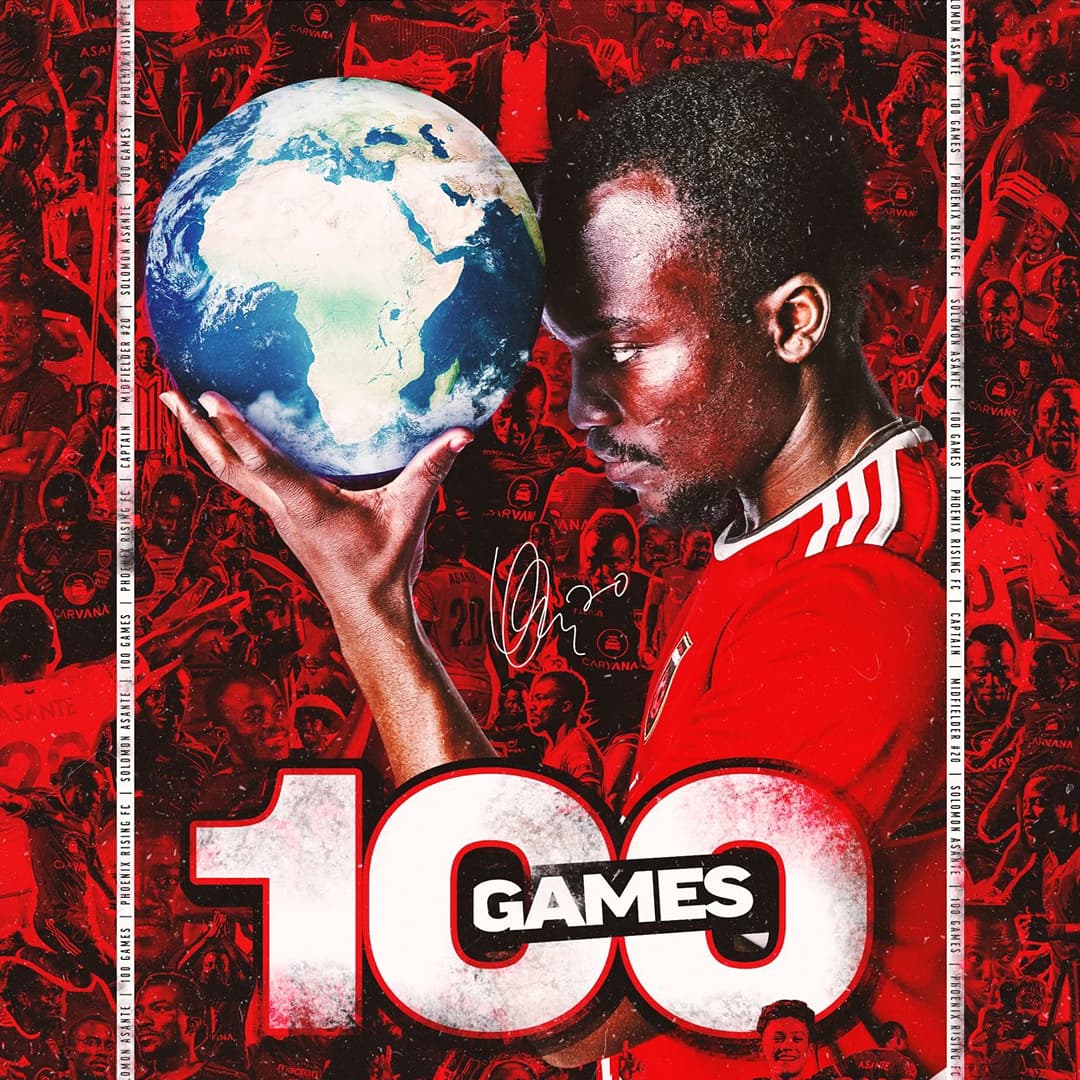 Head coach of Phoenix Rising Rick Schantz and a few other players of the club have waxed lyrical over Solomon Asante ahead of his 100th appearance with the club.

Asante, 30, has been a huge addition to the Arizona-based outfit since joining as a free agent in 2018.

The diminutive forward has swept every individual accolade in front of him since moving to the Wild Horse Pass Field.

The former Berekum Chelsea ace will be marking his 100th appearance in the shirt of Phoenix when they play as guests to San Diego Loyal in the USL Championship on Saturday night.

In the build up to the encounter at the Torero Stadium, head coach of Phoenix Schantz was joined by Joe Farrell, Kevon Lambert and James Musa shared their memories on the experienced Ghanaian wideman.

Today will mark @Asante20Magic's 100th appearance with the club.

What has he meant to those who have been with him for that that time?

Asante has started the 2021 USL Championship season in great fashion - having netted 8 goals and provided 6 assists in just 12 outings.

Phoenix Rising FC sit at the summit of the standings with 26 points after 12 league matches.