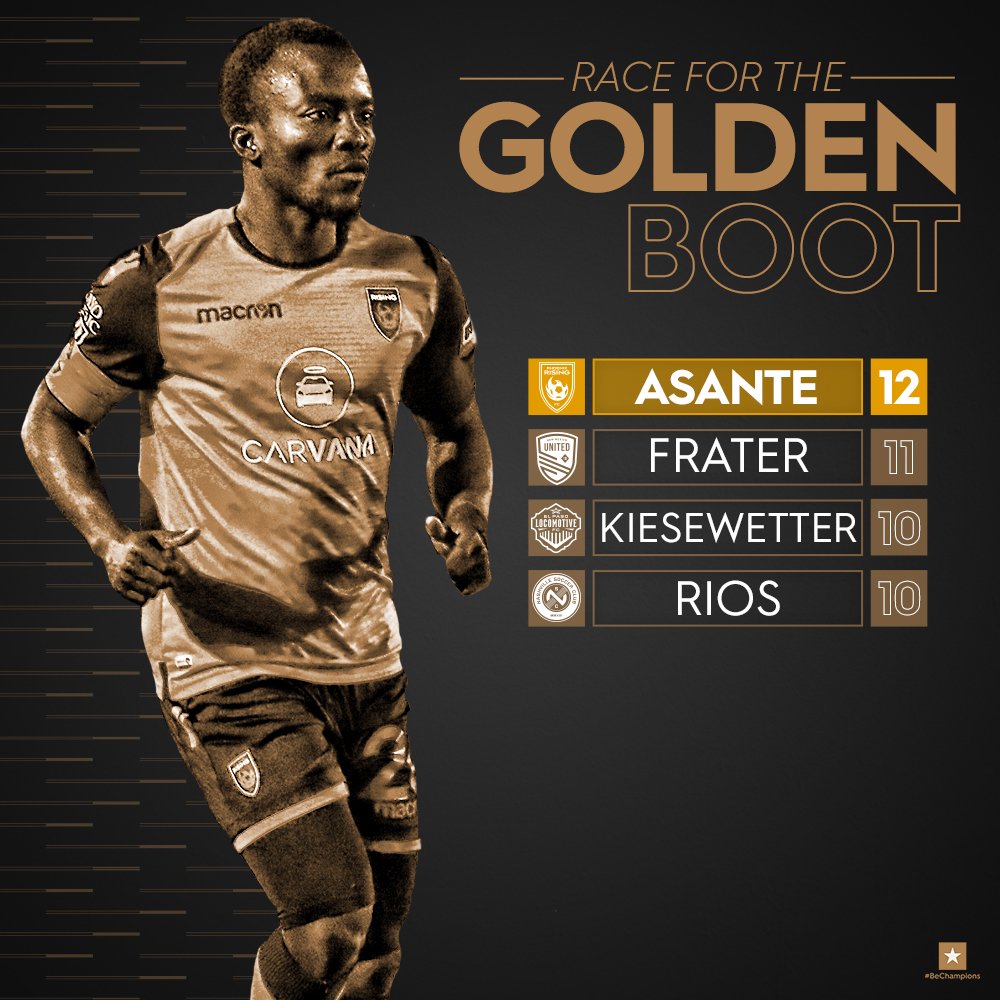 Former Ghana winger Solomon Asante tops the scorers chart in the USL Championship with 12 goals in his 15 matches played.

El Paso's Jerome Kiesewetter and Daniel Ríos of Nashville SC are tied in third place with 10 goals each.

Asante has already been named in the Team of the Week for 2019 on six occasions.