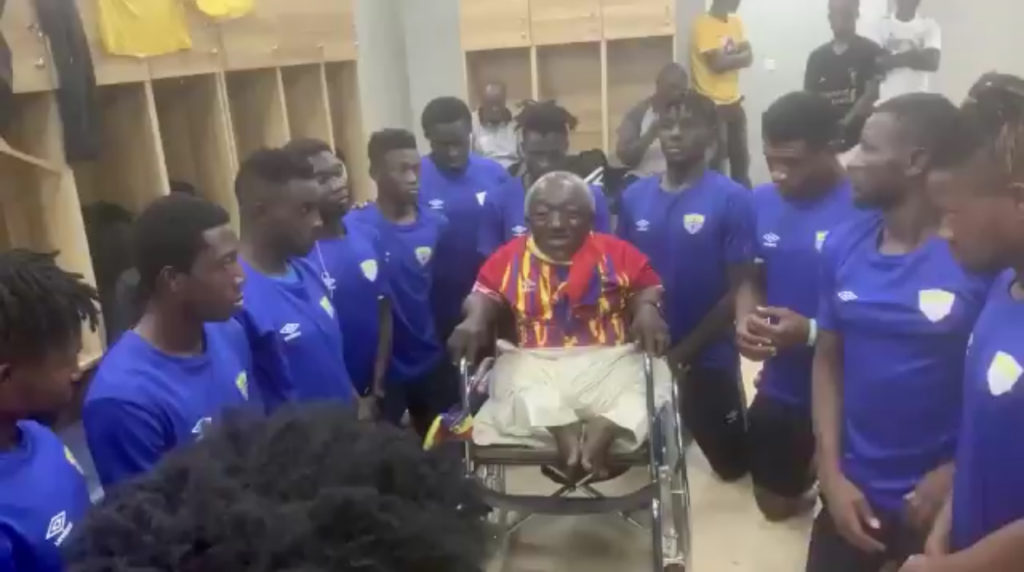 Life-long Hearts of Oak fan Ataa Abbey Odenke held a touching meeting with the playing body of the club following their 3-2 victory over Bechem United on Sunday.

The Phobians had to dig deep to defeat Bechem United 3-2 in Week 10 of the ongoing campaign at the Accra Sports Stadium.

Bechem United shot into the lead in the 26th minute through Prince Adu Kwabena before Kofi Kordzi pulled parity from the spot in the 32nd minute.

Captain Fatawu Mohammed put the hosts ahead midway through the second half but Hafiz Konkoni pegged the score line before a late strike by Kofi Kordzi secured maximum points for the Accra-based giants.

In the wake of the match, renowned physically challenged Hearts of Oak supporter, Ataa Abbey Odenke, who has for 50 years has been attending the club’s home games, had some motivational words for the playing body in the dressing room.

He urged them to keep up the good work in their pursuit to end the side’s ten-year league title drought.