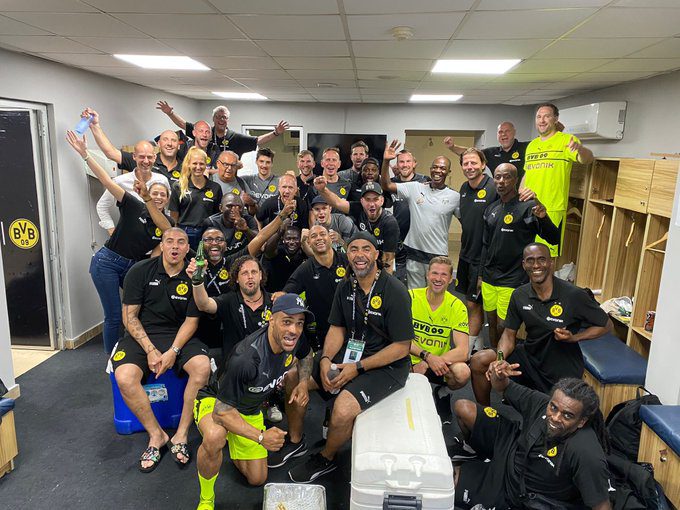 An African Giants side played out a 2-2 draw  Borussia Dortmund Legends on Saturday, 11 June 2022, at the Accra Sports Stadium.

Ex-Ghana striker Prince Tagoe, who once played for German side Mainz 05, climbed off the bench to score the leveller in additional time.

They took an early lead in the first half through Augustine Arhinful sublimely slid to connect a perfect pass from Stephen Appiah inside the box for the opener.

But Dortmund Legends managed to equalize from the spot through Mohamed Zidan, the ex-Egypt striker after Grossgreutz was whacked down by Isaac Vorsah.

Dortmund took the lead in the 58th minute when Großkreutz cut in onto his right foot from the left-flank and curled-in a shot past Sammy Adjei.

The African Giants side pushed hard and finally tied the scoring courtesy Tagoe.