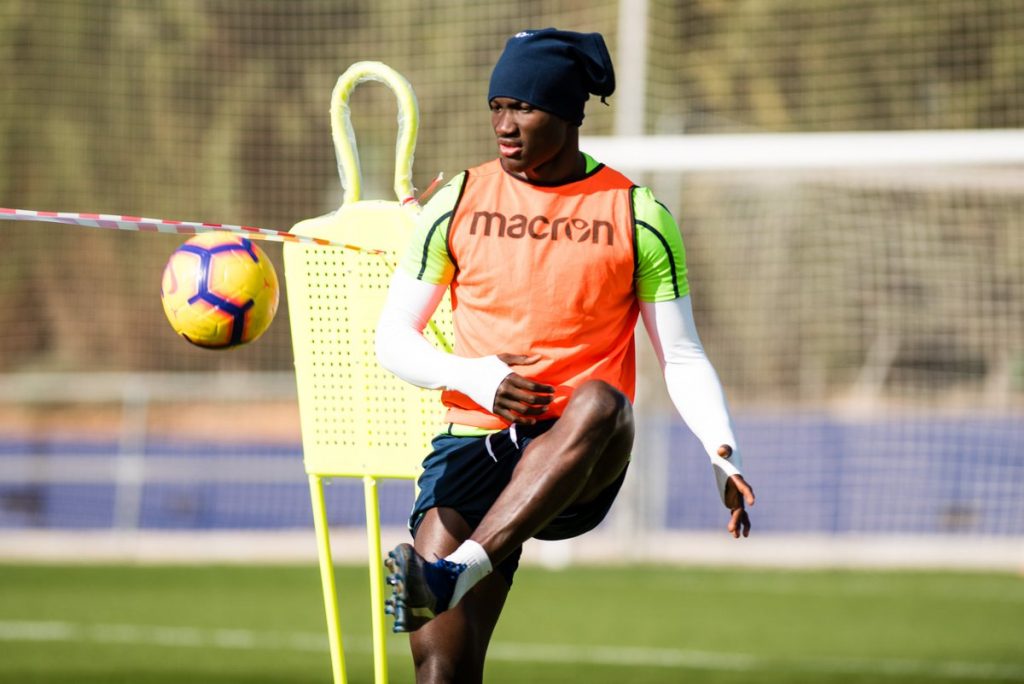 Raphael Dwamena's desire to break into UD Levante starting XI has not wavered after the forward was captured putting in extra shift after training.

Dwamena joined the Frogs on a four-year deal in the summer from Swiss side FC Zurich.

However, the 23-year-old has found limited playing time at the Estadi Ciutat de València, having accumulated 282 minutes in both La Liga and Copa Del Rey.

In his bid to break into the starting line-up of the side, the Ghanaian remained at the training ground after Thursday's morning session to work on his movements and finishing.

He has scored once in eight appearances in all competitions for the side.