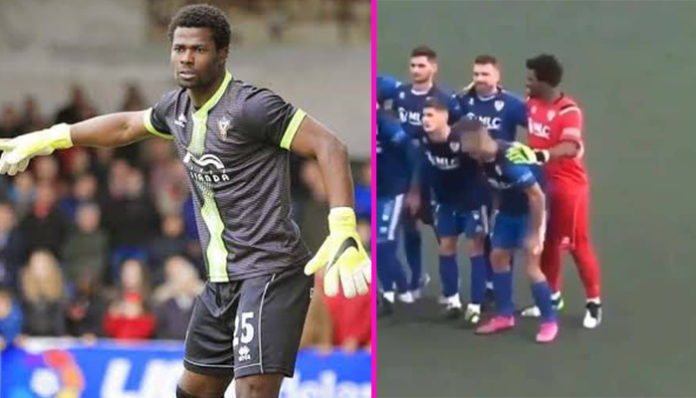 Ghanaian goalkeeper Razak Braimah hogged the headlines in the Spanish lower division after he was seen on video getting a little 'intimate' with his teammate.

The former Ghana number one was seen slowly moving his waist back and forth behind a teammate in their pre-match formalities.

The scene caught the attention of the crowd, who gestured to the funny incident as the Ghanaian keeper smiled and jokingly stroke his team-mate in a sexual manner.

The incident took place while they were taken a group photo before the match and player reacted by holding his buttocks which was under attack by Razak.

Braimah has been in fantastic form for Deportivo Linares this season, after joining the club in the summer, leading them to the top of the table after 15 games.

The 32 year-old lasted the entire duration as Linares defeated Maracena 2-0 on Sunday.

His experience has been key for the club's surge to the top of the table.

However, his off the pitch antics has always drawn the attention of fans and football follower.