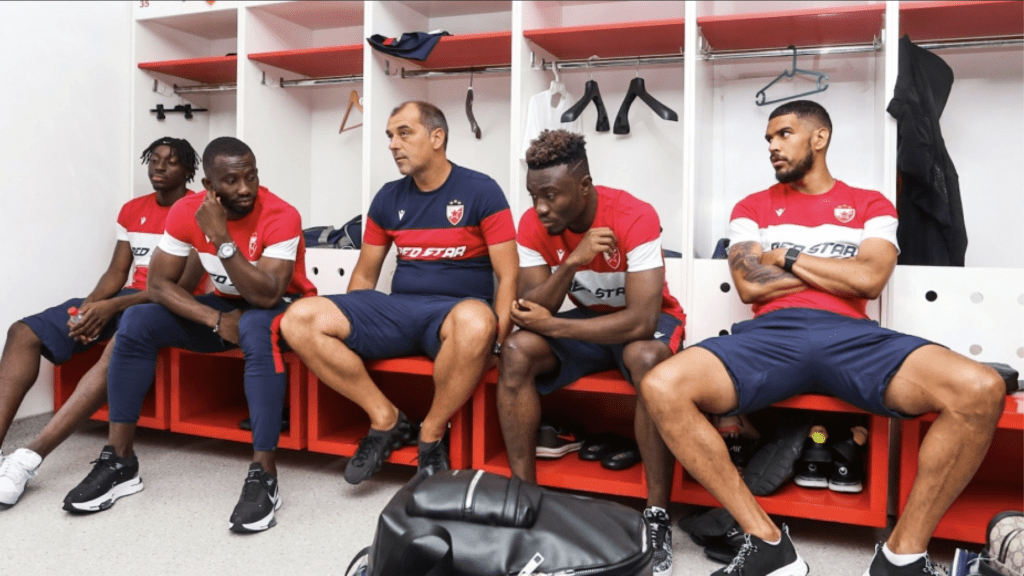 This was followed by dinner with the players, and there was also a cake.

But it was his karaoke or Angelite's famous song "Mala voli gada" that got all talking.

This was before the team played Zlatibor in a pre-season friendly.

Mustafa has returned to the Serbian giants this term after a six-month loan spell at Novi Pazar where he scored four goals.

He must now fight for a place in Dejan Stankovic's side for the upcoming campaign.