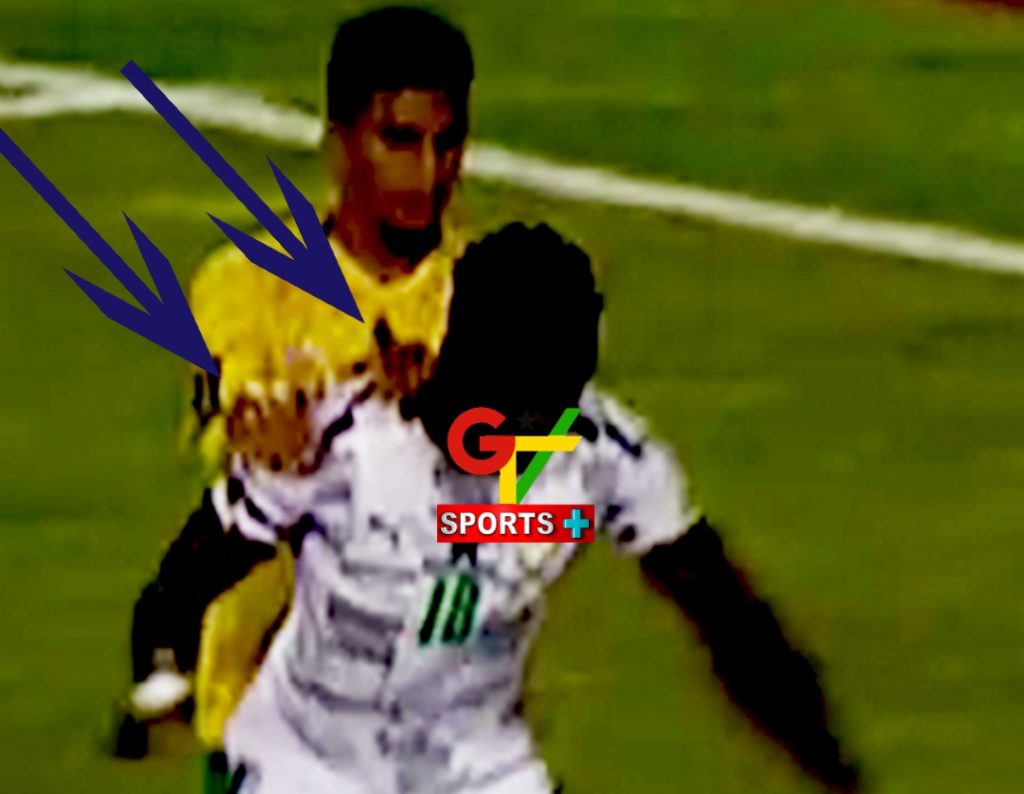 Close video replays have shown that South African defender Rushine de Reuck dragged Ghana's Daniel Amartey with BOTH HANDS which resulted in the referee awarding a penalty kick to the Black Stars in their decisive 2022 World Cup qualifier on Sunday.

The evidence which has now been closely watched suggests that the Bafana Bafana player clearly fouled the Leicester City defender leading to the Senegalese match official pointing to the spot kick which sealed the victory for the Black Stars.

Initial video of the incident was inconclusive which led to the South African Football Association (SAFA) claiming that hey had been robbed during the game at the Cape Coast Stadium which ended 1-0 after Andre Ayew expertly converted the kick. 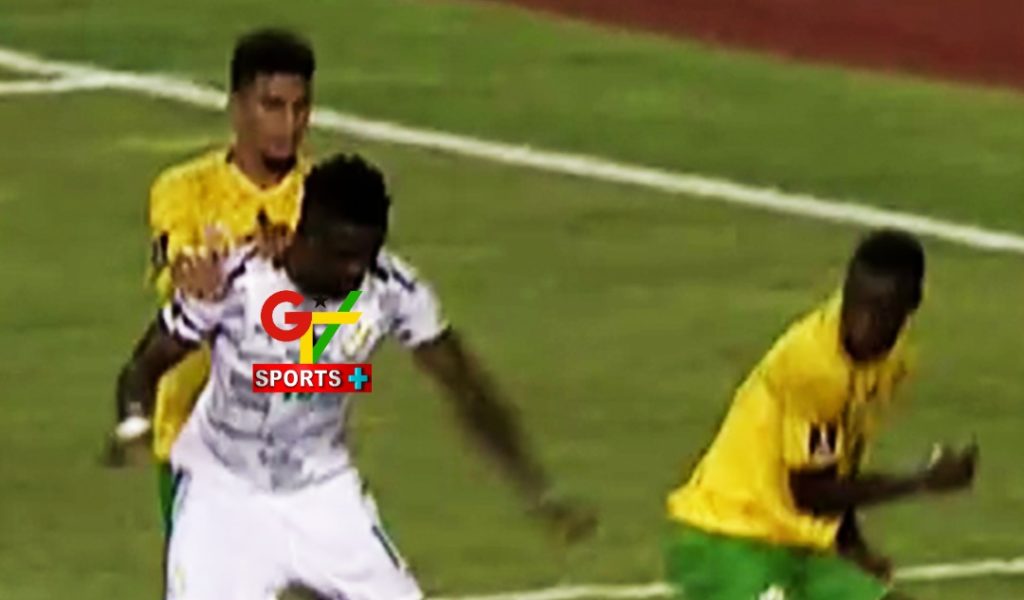 SAFA raised concerns over the legitimacy of both the decision and the display of the officiating team from Senegal, headed up by referee Maguette Ndiaye.

But it is now clear that the penalty was awarded after Ghana's Leicester City midfielder Daniel Amartey went down following the heavy pulling down from defender Rushine de Reuck, who was booked for his challenge.

Bafana Bafana needed a draw to reach the third and final round of African qualifying for the 2022 World Cup, but Ghana won with a controversial penalty.

South Africa is well aware that the capacity for matches to be replayed does exist before have been shouting 'foul play' but with video evidence now showing that the player pulled Amartey down he could not coil back into their shells.