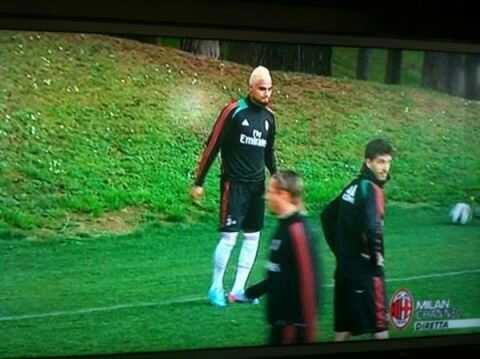 If Kevin-Prince Boateng thought his new blonde haircut would go unnoticed he was wrong. Big time.

The Ghanaian international midfielder was torn to shreds by Robinho after KPB revealed his new blonde hardo at AC Milan training.

With all the Rossoneri first team hanging out on a training pitch, Robinho twice performed Woody Woodpeckerâ€™s famous laugh as he pointed and roundly ripped the piss out of Boateng new look.

Mario Balotelli was noticeable in wetting himself at Robinhoâ€™s comedy.