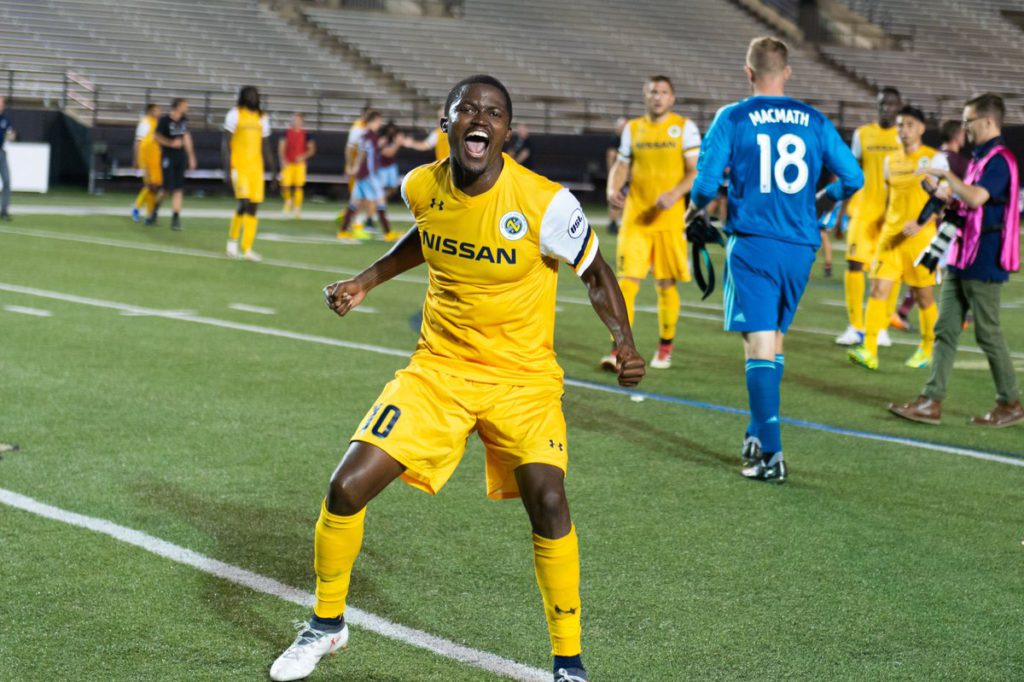 Striker Ropapa Mensah opened the scoring for Nashville SC in their 3-2 win against a resilient South Georgia Tormenta FC 2 side in the second round of the 2019 Lamar Hunt U.S. Open Cup.

The match took place at Hayes Stadium on the campus of MTSU in Murfreesboro.

In the 8th minute, Mensah made a stellar run forward after collecting a pass from Alan Winn and he calmly slid it past the keeper for a 1-0 lead.

It was Winn’s second goal of the season in his second start of 2019.