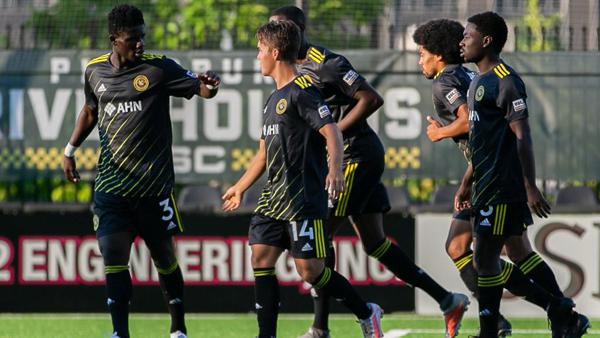 Ghanaian attacker Ropapa Mensah put in an outstanding display on Saturday in the USL Championship for Pittsburgh Riverhounds as they recorded a resounding victory.

Mensah scored the third goal on as Riverhounds walloped New York Red Bulls II by 4-1 at the Highmark Stadium in Pittsburgh.

Robbie Mertz scored twice in the 3rd and 61st minutes of the match to give the hosts a two-goal advantage.

Mensah got his name of the scoresheet as he netted on the 65th minute to increase the tally connecting a pass from Raymond Lee.

Substitute Anthony Velarde completed the thrashing on the 80th minute as he put icing on the cake.