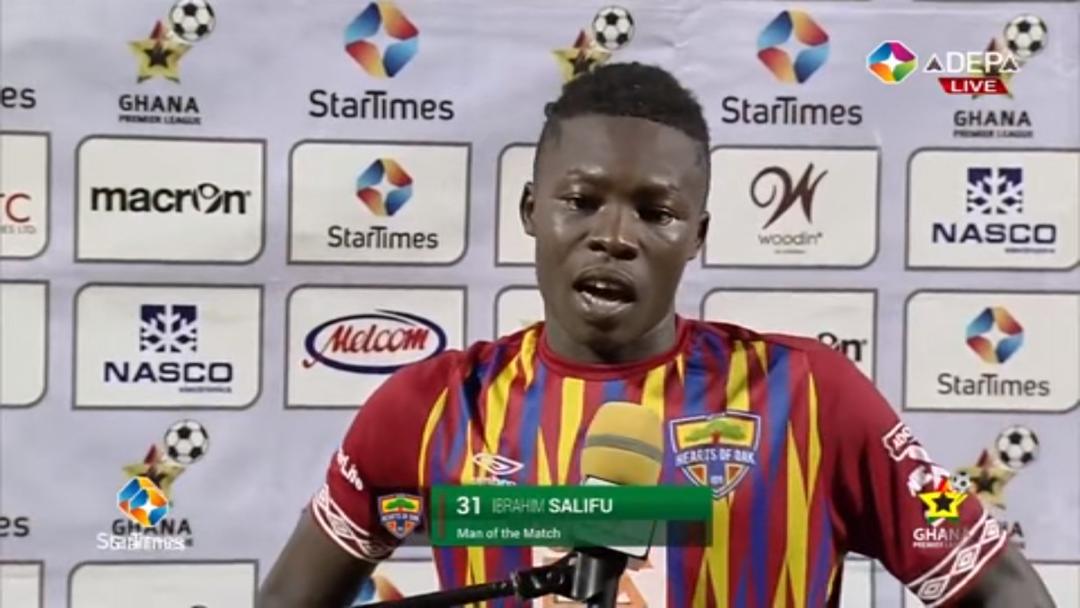 Ibrahim Salifu of Hearts of Oak

Midfielder Salifu Ibrahim has been greeted by hundreds of fans on his return to Abofour after starring for Hearts of Oak in their historic Ghana Premier League title victory.

Hearts of Oak clinched the Ghanaian top-flight title for the first in eleven after finishing the 2020/21 campaign with 61 points. The long-awaited glory cannot be discussed without mentioning Salifu Ibrahim’s remarkable contribution to the team.

Ibrahim copped adulation from advocates of the league for his silky performances for the Accra-based giants.

On arriving back in his hometown, Abofour on Tuesday, the midfield dynamo was met by hundreds of cheering fans who lined the roads as he was paying homage to the town for their support in an open-top car.

Ibrahim joined the Phobians in the second round of the season and went on to develop into one of the best players of the league.

He netted four goals and provided nine assists in the season gone by.

Ibrahim emerged as the best home-based player of the year at this year’s Ghana Football Awards.