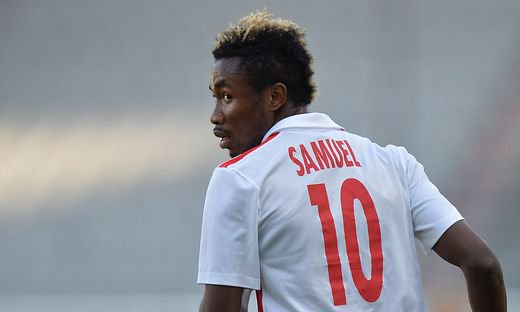 Ghanaian duo Samuel Tetteh and David Atanga have returned to pitch training in a bid to regain match fitness after being out for a while.

Tetteh in particularly will be desperate to return to the first team having been out for a while due to a knee he picked up in February 2017.

Having scored 10 goals in 20 league games for Liefering last season the winger was instantly promoted to the Salzburg team last season.

He is however yet to play for them as he watched from home as the team won the league title and have also begun their title defense.

Atanga has been fit but is yet to really have a consistent run into the team but both were videoed working their way back to full fitness.

The only way to win is never to give up. Back to the pitch and ready to go at it again.🔜🔛🔝🙏🏼💪🏾⚽️ @Atangadavid20 pic.twitter.com/DVPXXitygM