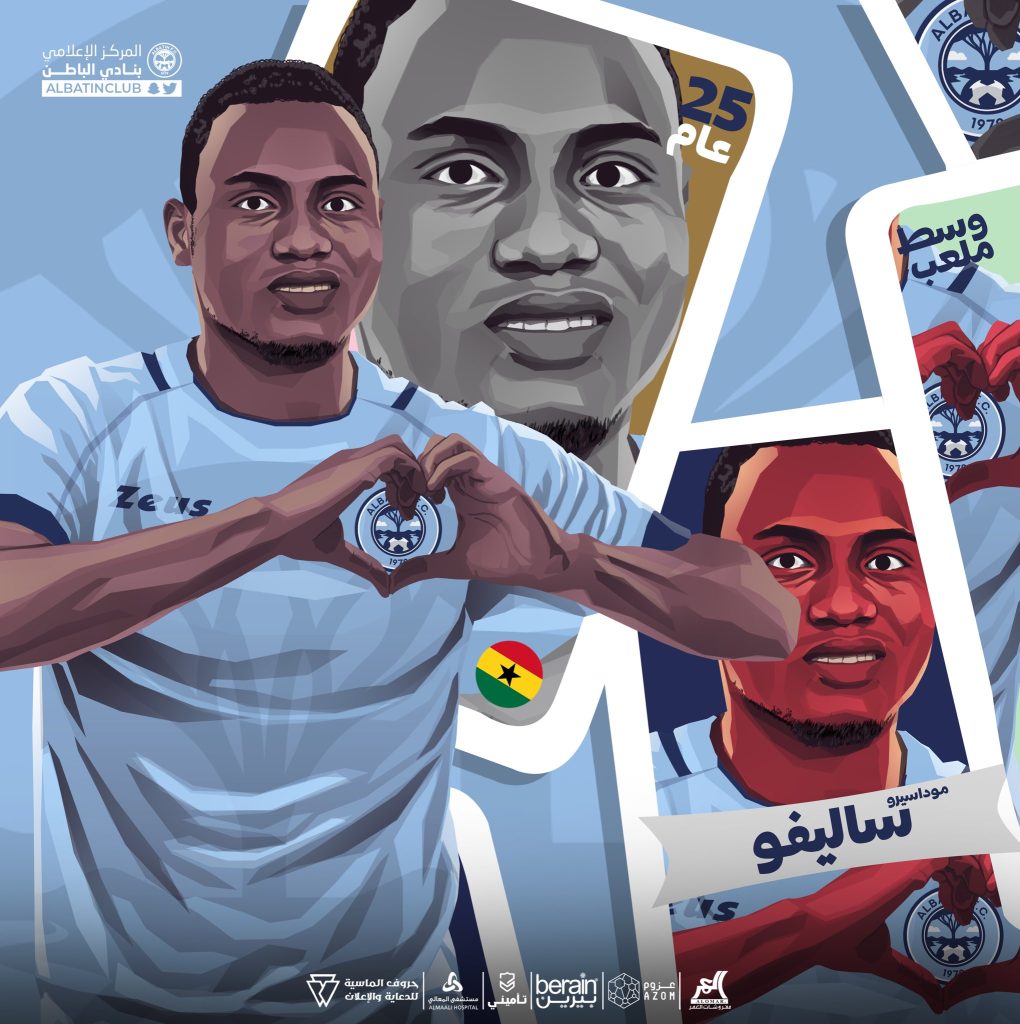 Al Batin FC have completed the signing of Asante Kotoko midfielder Mudasiru Salifu, confirming his arrival in a video.

The 25-year-old moves the Saudi Pro League after spending the last six months in Moldova.

"The club management has completed the signing procedures with the Ghanaian player Mudasiro Salifu," wrote the club on their official webiste.

Salifu is joining Al Batin for the remainder of the 2022-23 season after a successful loan spell at Moldovan champions Sherrif Tiraspol.

Al Batin have the option to sign the midfielder permanently if he excels during his short stint.

Salifu made 21 appearances in all competitions for Sherrif in the Moldovan League, UEFA Champions League qualifications, UEFA Europa League playoff and the Europa League group stages.

Al Batin are currently languishing bottom of the Saudi Pro League with just a point after 11 rounds of matches and Salifu's addition will be required to improve things going forward.