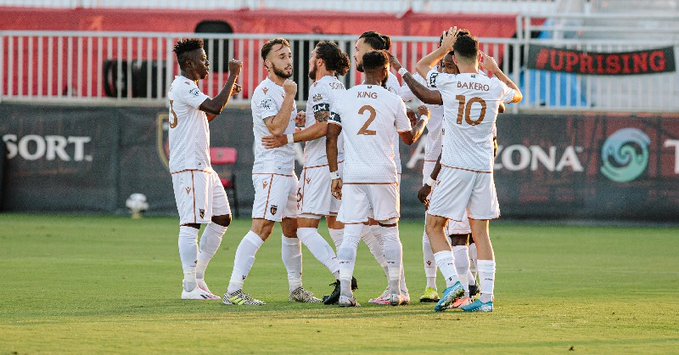 Rising FC took little time to get on top as a turnover in midfield saw the hosts transition quickly and allow Solomon Asante to deliver a low cross from the right to the back post where Junior Flemmings was on hand to finish.

Flemmings was then brought down in the penalty area five minutes before halftime, and Jon Bakero finished low to the right corner from the spot, and Asante added a goal in first-half stoppage time with a left-footed strike that made it a three-goal lead at the break.

Los Dos’ Ivan Gutierrez almost pulled a goal back seven minutes into the second half as his surging run up the left side was capped with a curling shot that clipped the right post.

With nine minutes to go, however, Asante added his second of the night on a deflected shot that took the ball away from Galaxy II goalkeeper Abraham Romero to wrap up all three points for the hosts.

Asante was named Man of the Match after that positive performance.