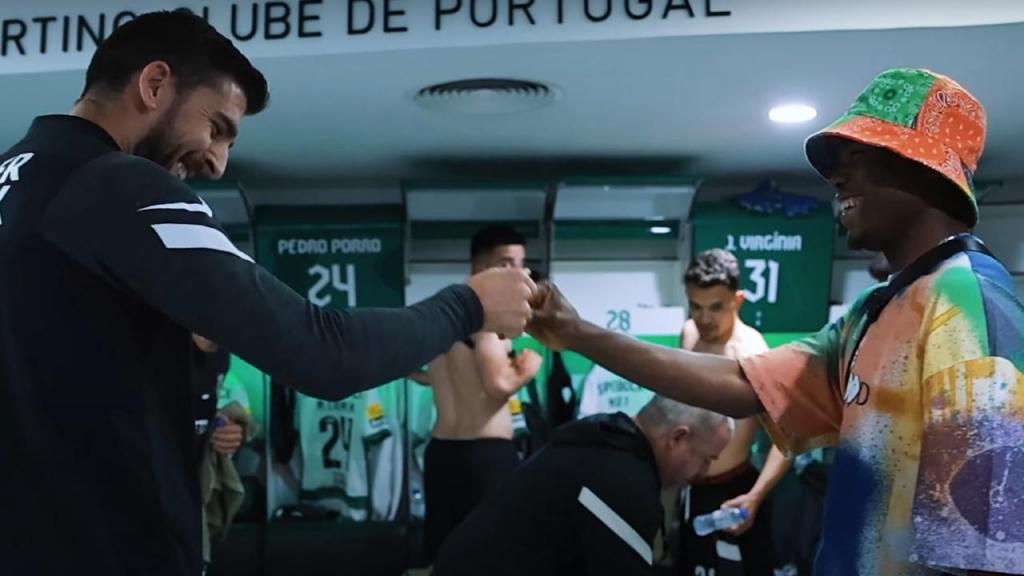 João Paulo Dias Fernandes, commonly known as Paulinho, took the role of a fashion consultant when he came across the young Ghanaian in the dressing room with gestures of approval and a wide smile.

Fatawu Issahaku, 18, joined his senior teammate in the locker room after being left out in the side's win over Gil Vincente at the José Alvalade Stadium in the Portuguese Primeira Liga at the weekend.

It was an all happy moment for the Ghanaian after being welcomed to the senior team since joining the side.

The 18-year-old winger, who has won eight international caps, signed a five-year contract last month and has a release clause of 60 million euros in his deal.

Issahaku featured in all three of Ghana's games at this year's Africa Cup of Nations, and both legs of the 2022 World Cup play-off against Nigeria which the Black Stars won on away goals.

Issahaku has never played club football outside his homeland, but has been tipped for a bright future after being named player of the tournament at the Under-20 Nations Cup in 2021.

The terms of the deal taking Issahaku from Tamale-based Steadfast FC, a club in Ghana's second tier, to Sporting Lisbon are undisclosed.