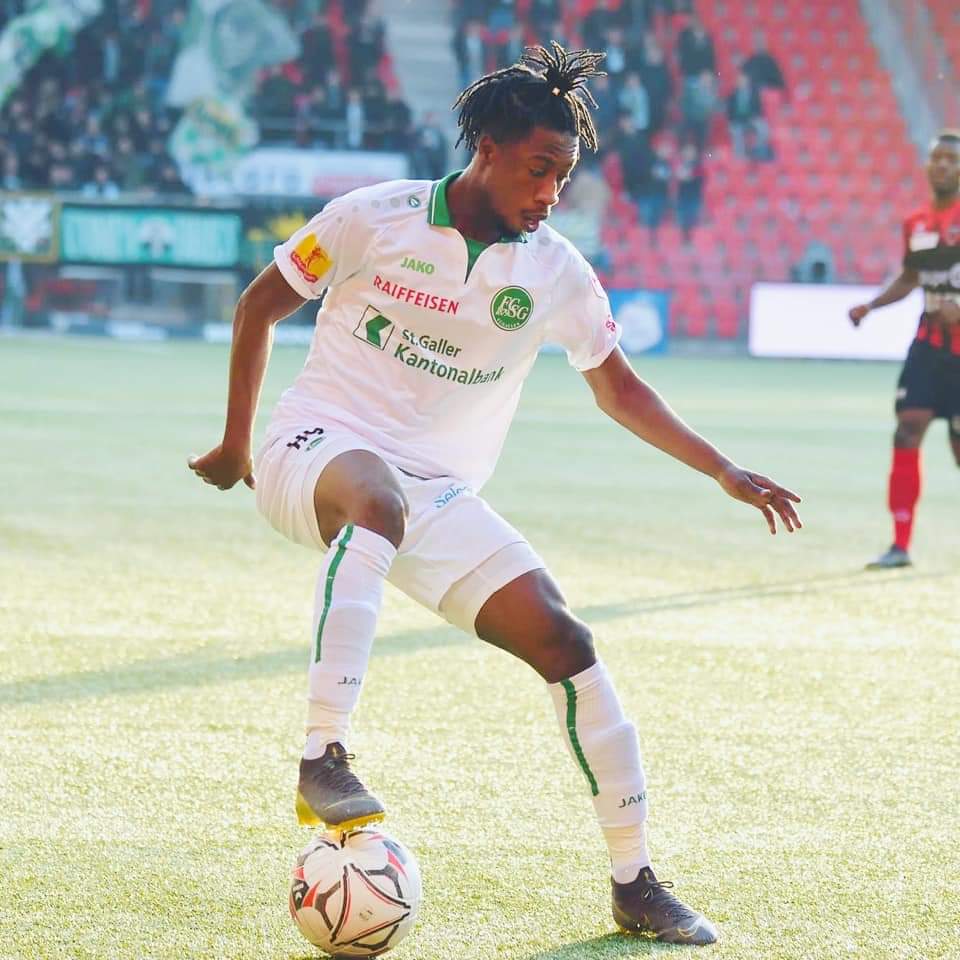 On-loan Majeed Ashirmeru provided a laser of an assist as FC St Gallen beat FC Sion 2-1 on Sunday in the Swiss Super League.

The 21-year-old drilled in a pass which permeated the Sion defence to find Jeremy Guillemenot who controlled to connect home for the opening in injury time of the first half.

Ashimeru has now tallied 10 assists this season with three matches to the end of the season.

The midfielder has scored three goals in 28 league appearances.

His performances have earned him a recall by his parent club Red Bull Salzburg for the 2019/2020.

Ashimeru has been consistent at club but it's unknown if he will make Ghana's squad for the 2019 Africa Cup of Nations.

He was previously called up for one of the qualifiers against Ethiopia but was an unused substitute.

Majeed Ashimeru with a laser pass which led to a goal in the 2-1 win over FC Sion on Sunday afternoon.