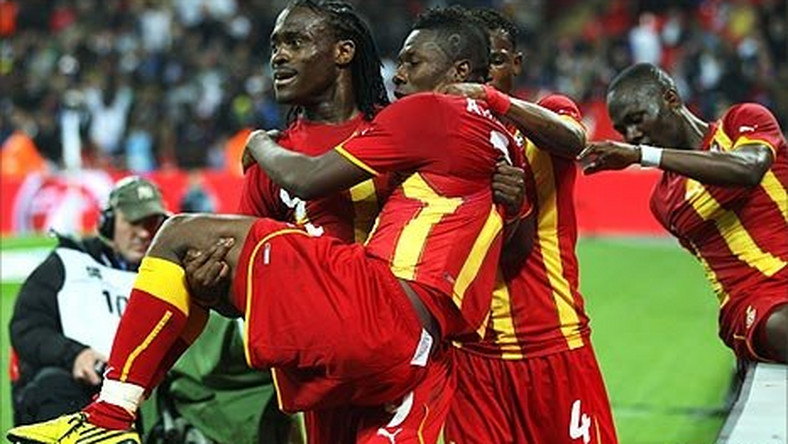 Today marks exactly nine years when legendary striker Asamoah Gyan came to the rescue of Ghana when he scored an amazing goal in added time by dribbling past two English defenders with his right foot before slotting the ball home with his weaker left foot to silence England at Wembley.

On 29th March 2011, the man nicknamed Baby Jet firmly established himself in the history books of Ghana in their first-ever game against their former colonial masters, becoming the first Ghanaian to score against England at senior level.

Andy Carroll who had joined Liverpool for £35 million put the hosts in the driving seat in the 43rd minute of the game played at Wembley Stadium with many Ghanaians from the UK and abroad in attendance.

Ghana, however, were a threat throughout and Gyan's goal was fitting reward for his tireless display and the Black Stars' ambitious attacking approach.

Dominic Adiyiah forced Hart into two fine saves in the first half, while Ashley Young should have scored for England when he drove a close-range effort against the bar from Stewart Downing's cross.

Ghana, urged forward by a huge following banked at one end of Wembley, were a constant threat and Adiyiah signalled their positive approach early on when he raced clear only to be thwarted by the advancing Hart.

England's response was swift, with Downing shooting well over from an angle and Young forcing an athletic save from Ghana keeper Richard Kingson with a rising effort from 20 yards.

Sunderland's Gyan was the darling of the Ghana fans, but his ambition got the better of him when he tested Hart from in excess of 40 yards - a shot that carried plenty of power but was straight at the England keeper.

Young's enterprising start should have been rewarded with a goal after 24 minutes. He arrived perfectly on the end of a cross from Villa team-mate Downing but turned his shot against the bar with Kingson beaten.

Hart was England's saviour again when Adiyiah sent in a shot from Sulley Muntari's free-kick, sticking out a hand to make a fine reflex save to ensure Capello's side remained on terms.

As an end-to-end half somehow looked to be ending goalless, Carroll rounded off a slick passage of play to give England the lead. Young picked out Downing with precise pass and Carroll slammed a left-foot finish low past Kingson.

Gyan's sleight of foot was all too much for Lescott and the striker rounded off a fine night's work with a goal that was greeted ecstatically by Ghana's fans.