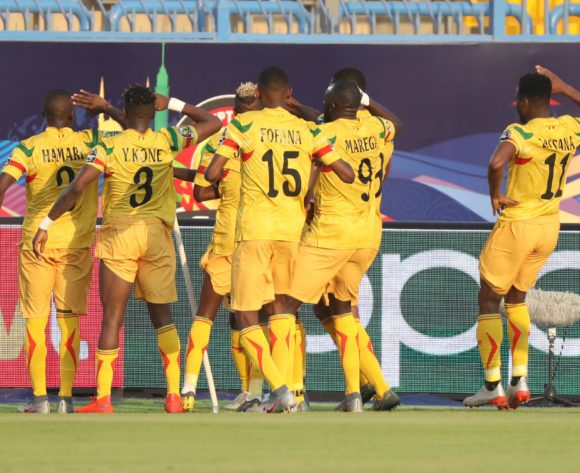 Diadié Samassékou of Mali celebrates goal with teammates during the 2019 Africa Cup of Nations Finals match between Tunisia and Mali at Suez Stadium, Suez, Egypt on 28 June 2019 ©Samuel Shivambu/BackpagePix

Mali claimed a valuable point in their quest to advance from Group E of the 2019 Africa Cup of Nations as they held Tunisia 1-1 in Suez on Friday.

The result sees Mali’s Eagles remain on top of the pool on four points and well placed to advance into the last 16. The Carthage Eagles are in second spot but a haul of just two points leaves them vulnerable to being overtaken by either Angola or Mauritania, who will meet in Group E’s other second-round match on Saturday.