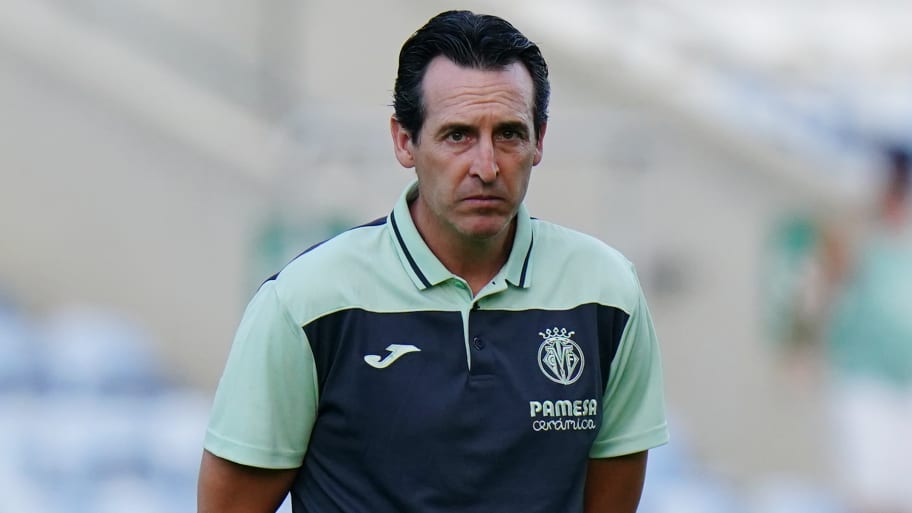 Unai Emery has been filmed showing his middle finger to a fan who sarcastically said that he did a 'very good job with Arsenal'.

The current Villarreal boss was chosen to succeed Arsene Wenger at the Emirates Stadium back in the summer of 2018.

The Spaniard's first year in charge in north London saw Arsenal narrowly miss out on a top-four spot on the final weekend of the season, while they were also comprehensively beaten by Chelsea in the Europa League final. After a poor start to the 2019/20 campaign, Emery was dismissed and replaced by Mikel Arteta.

Emery has since returned to Spain and enjoyed a fruitful spell in charge of Villarreal, leading them to their first major trophy with Europa League glory in 2021 and guiding them to the Champions League semi-finals last season.

But despite his successes against English sides with the Yellow Submarine - defeating Arsenal and Manchester United on their way to lifting the Europa League - Emery's reputation in England is still hurt by his spell with the Gunners, though he has spoken since about how he feels this is an unfair tag.

Following Villarreal's friendly defeat at Southampton on Saturday, Emery took time to sign autographs for fans outside St Mary's. However, he was met by some hecklers too.

A video on TikTok shows Emery being greeted by one fan shouting his famous 'good ebening' greeting and asking him to repeat it, while another slightly sarcastically says: "I think you done very good at Arsenal."

At this point, Emery shows his middle finger to the phone filming the interaction, though impressively also manages to remain calm in spite of the heckling.

This article was originally published on 90min as VIDEO: Unai Emery reacts angrily to Arsenal jibes.