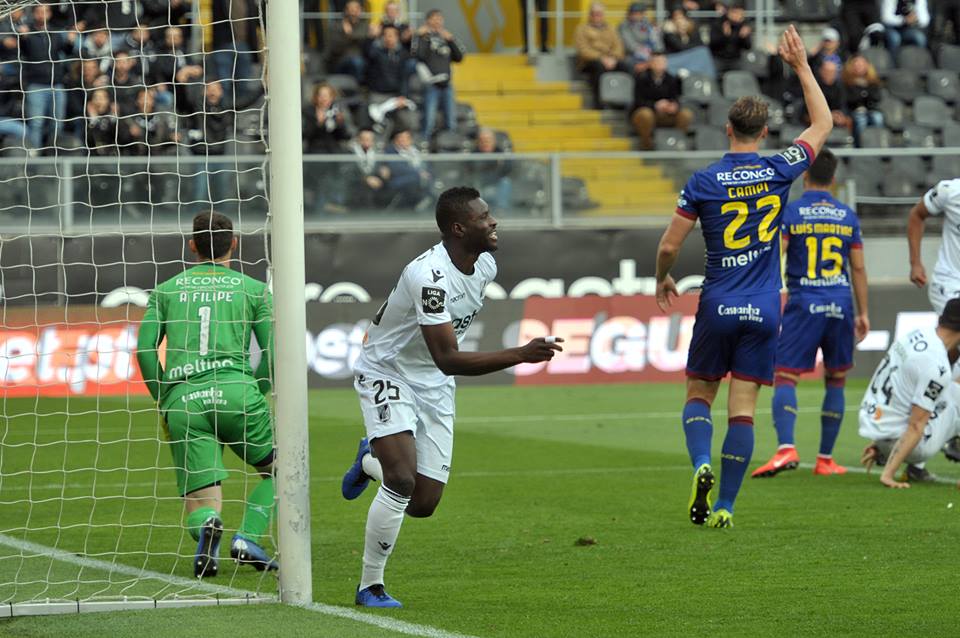 In-form Ghana Alhassan Wakaso netted his second goal of the campaign for Vitoria Guimaraes as they hammered Chaves 4-0 in the Portuguese Liga NOS on Saturday.

Wakaso, who has enjoyed a stellar campaign for the Black and White lads, opened the scoring with only 4 minutes of play after hitting a superb half volley following a headed pass by Henrique Pedrao.

Portuguese midfielder Toze extended their advantage seven minutes later from the spot before Rochinha took the game beyond the visitors in the 36th minute.

Alexandre Guedes, who provided the assist for Rochinha's goal sealed the win with a powerful shot on the edge of the area in the 80th minute.

The 27-year-old midfielder's swashbuckling form in the season earned him a maiden Ghana call-up in last month's double-header against Kenya and Mauritania.

He marked his Black Stars debut in the 3-1 international friendly victory over Mauritania.