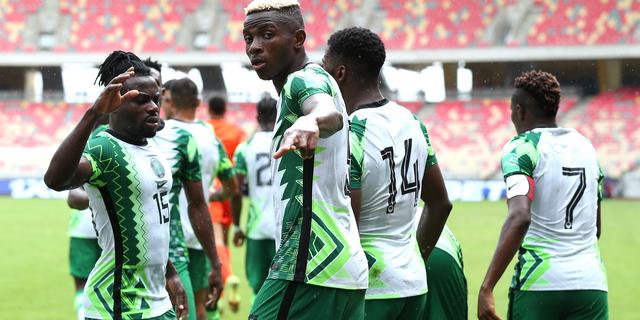 Nigeria recorded their biggest victory on Monday as they thrashed Sao Tome & Principe 10-0 in an Africa Cup of Nations qualifying match in Morocco.

Following their failure to qualify for the 2022 World Cup as they lost to Ghana, the Super Eagles turned their attention to AFCON qualifiers and have had a successful campaign thus far.

They came from behind to beat Sierra Leone at home before cruising past Sao Tome in their second match.

Captain Ahmed Musa, who came on as a substitute, grabbed two assists and scored to complete the one-sided victory for the African giants.