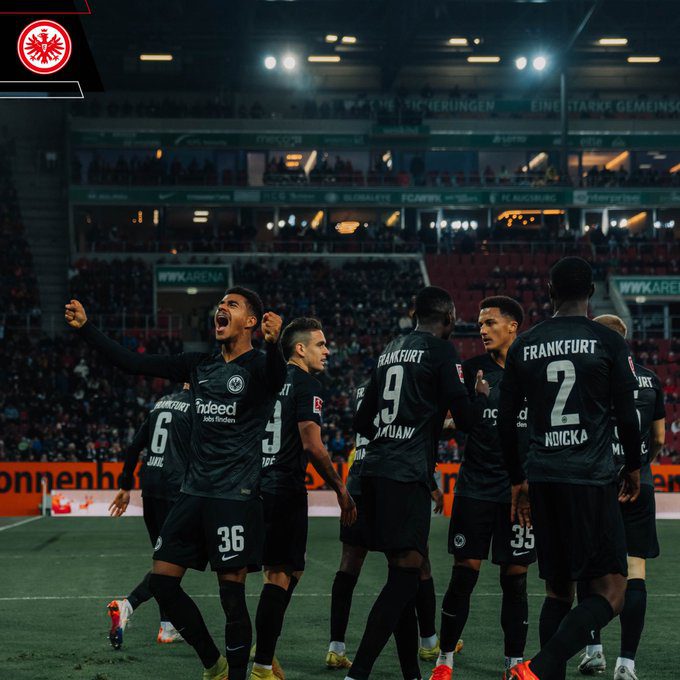 Ansgar Knauff was instrumental in Eintracht Frankfurt's 2-1 victory over Augsburg in the Bundesliga on Saturday.

Knauff's goal in the 64th minute proved to be the game-winner as Frankfurt took three points away from home in the Bundesliga.

The 21-year-old was not in the starting lineup and entered the game shortly after halftime, replacing Luca Pellegrini. The German youth international made an impact, tormenting the Augsburg defence before scoring.

Knauff's one-time left-footed strike evaded a swarm of bodies in the penalty area and beat the goalkeeper as well.