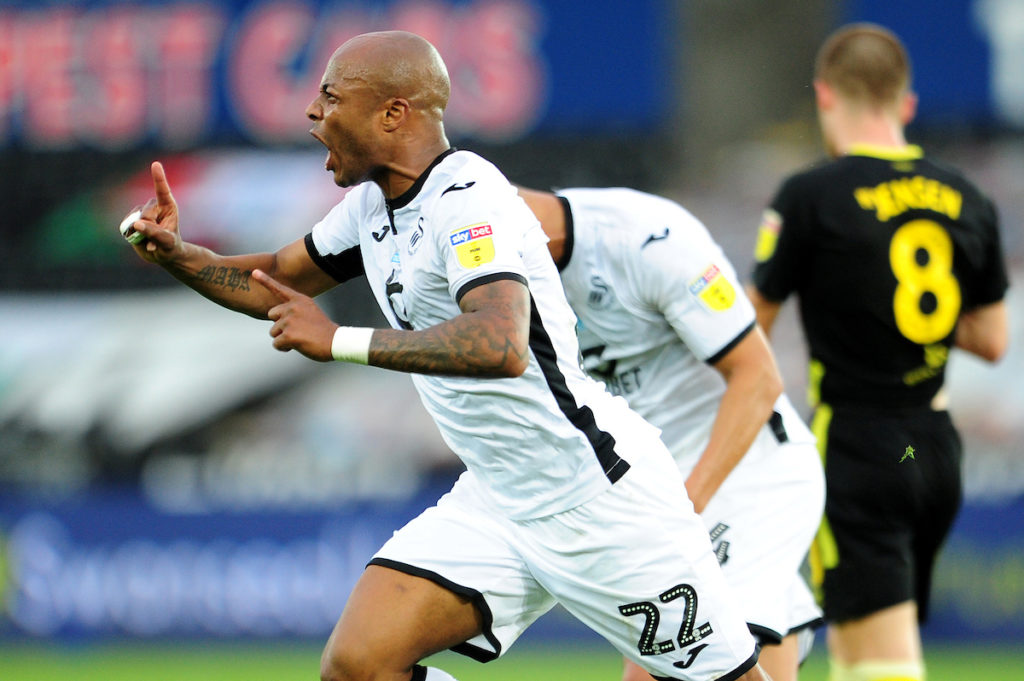 André Ayew spurned a big chance to put Swansea ahead before hitting the winner late on to secure first leg advantage for his club in the first-leg semifinal of the Championship against Brentford on Sunday.

Ayew smashed in a thunderous strike from inside the box into the roof on 82 minutes.

The 30-year-old could have had two goals in the game but missed a penalty in the 64th minute after his shot was superbly blocked by Brentford goalkeeper David Raya.

He has now scored 16 league goals- his highest tally ever in any league and also recorded 7 assists.

Brentford will host the Swans on Wednesday in the return leg to decide the winner of the other semi-final between Fulham and Cardiff.