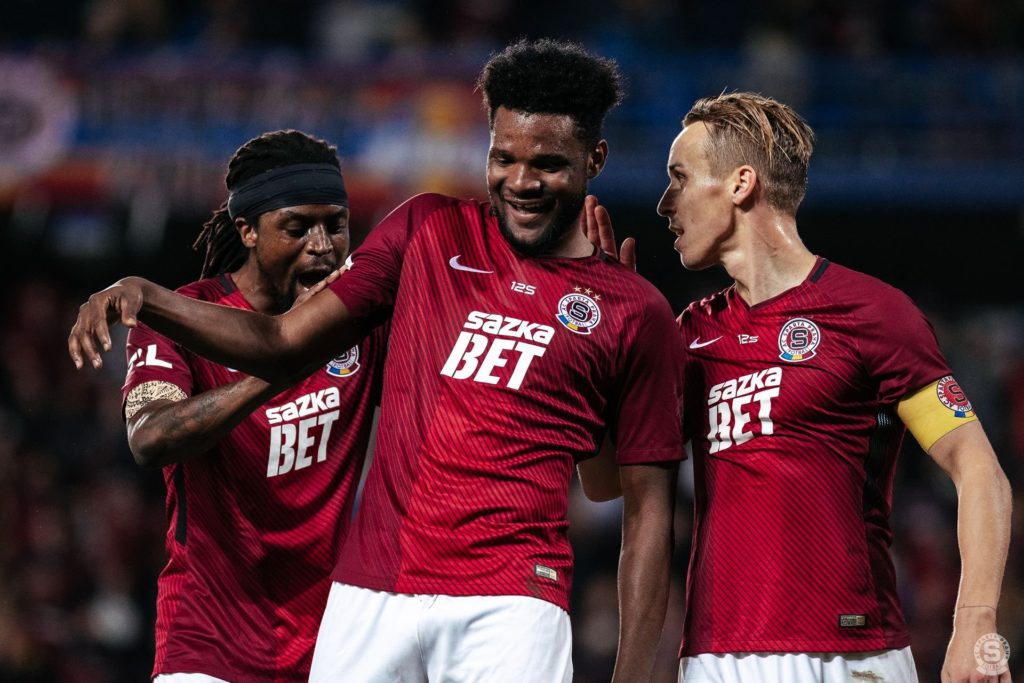 Benjamin Tetteh joined by his teammates to celebrate a goal.
Share

Benjamin Tetteh made it five league goals in the Czech Republic after netting a double for Sparta Prague in their -1 win over Slovan Liberec on Saturday.

Nicolae Stanciu opened the scoring for Sparta Prague in the 17th minute and ten minutes later Tetteh made it 2-0.

In the 34th minute, the former Dreams FC player found the back of the net again

Tetteh was replaced in the 75th minute by Golgol Mebrahtu.

The former Ghana youth international scored the two goals in spate of seven minutes at the Generali Arena.