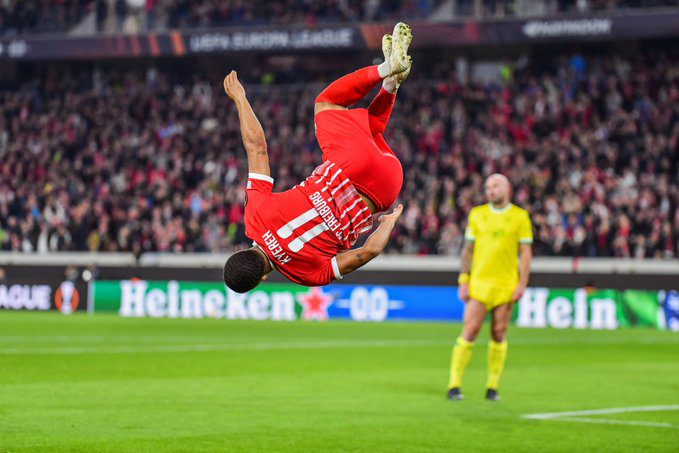 Ghana international Daniel-Kofi Kyereh continued with his scoring form in the UEFA Europa League on Thursday as SC Freiburg see off French side Nantes.

The 26-year-old attacking midfielder found the back of the net for the very first in a European competition as Freiburg beat Nantes 2-0 in the end.

Kyereh opened the scoring of the match as he the hosts ahead at the Europa-Park Stadion three minutes after the break.

He was set by Japan international midfielder Ritsu Doan to get on the scoresheet with a brilliant effort into the bottom left corner.

Italian midfielder Vincente Grifo sealed the victory for Freiburg with the second goal of the match in 72nd minute with an assist from Christian Gunter.

Freiburg consolidated their lead in Group G with the deserving victory as they also preserve their 100% recorded having recorded three wins from three games.

Kyereh now has two goals and an assist in 10 appearances in all competitions in the season so far.

🇬🇭Daniel Kofi Kyereh at the right place at the right time for his first Europa League goal.✔pic.twitter.com/x6xwpBvx72