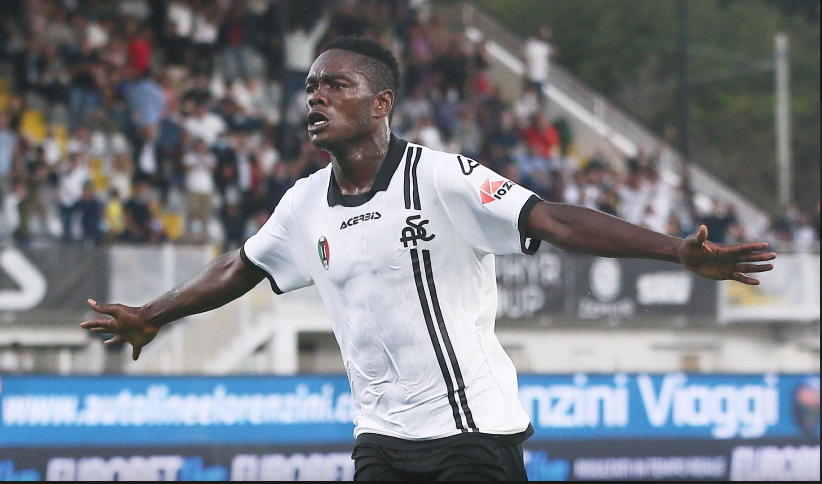 Ghana striker Emmanuel Gyasi scored a stunning goal for Spezia in their thrilling Serie A tie with reigning champions Juventus.

Cutting in from the left flank, Gyasi fired the ball into the roof of the net to equalise for Spezia, before letting loose with Ronaldo’s celebration in front of a jubilant home crowd.

Spezia's inspired by Gyasi goal went ahead for the first time through Janis Antiste four minutes after the halftime break.

Juventus produced a comeback with centre-back Matthijs de Ligt scoring the winner from a corner six minutes after Federico Chiesa's equaliser in the 66th minute.

It's Juventus first win of the season having failed to secure positive results in their first four games in the league.

For Gyasi, the goal is his second after five games. He is three shy of equalling his goal tally in 2020/21 season.