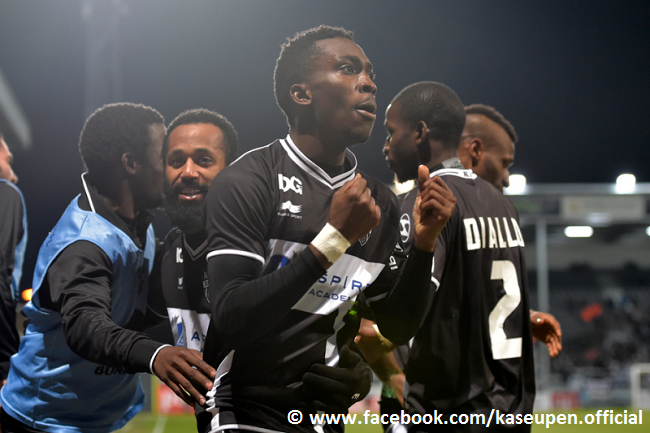 The 19-year-old curled in a sublime effort from inside the box to restored Eupen's lead as they piped KV Oostende 2-1 at home.

It was Ocansey's first goal of the season in his fourth appearance.

Senegalese M’Baye Leye opened the scoring for Eupen but the visitors levelled through Michiel Jonckheere in the 37th minute.