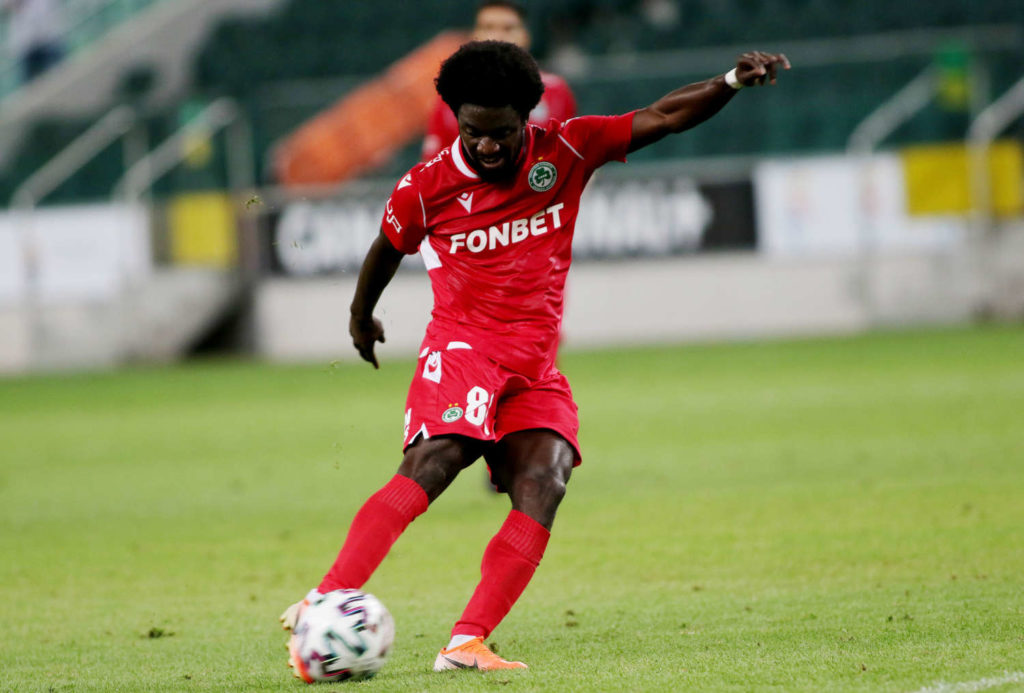 Ghanaian winger Ernest Asante was electrifying on his bow for AC Omonia Nicosia as the Cypriot side defeated Legia Warsaw in the qualifying round of the 2020/21 UEFA Champions League on Wednesday night.

The 31-year-old joined the Green and Whites on a two-year deal from from United Arab Emirates side Al Fujairah this week.

He was handed his first start in the club's Champions League clash against Polish giants Legia Warsaw after convincing coach Aleksandar Vuković training.

The former FC Nordsjaelland ace turned out to be one of the stars of the match at the Stadion Wojska Polskiego after setting up a superb cross for Thiago Santos to nod home the side's second goal of the evening in the 107th minute of extra time.

The victory saw the Cypriot club advance to the next stage of the competition, where they play Red Star Belgrade.