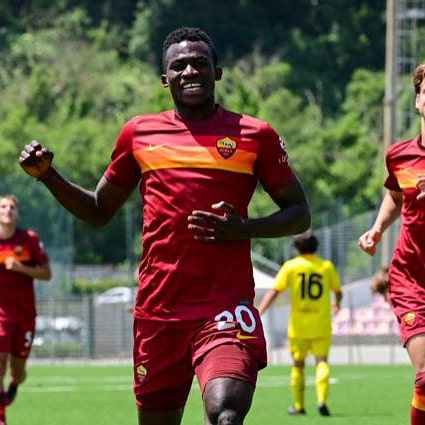 Felix Afena-Gyan's stock is on the rise in the Italian youth division after another productive weekend for Roma.

He bagged a brace as Roma U19 secured a 3-0 win over Pescara in Italy's Primavera Division.

Gyan's goal came in the 15th and 16th minutes of the game. His first goal was a combination of pace, trickery, intelligence and a killer instinct.

Felix had possession on the left flank, probed his marker, tricked and run past him to use three of his teammates in the box as a decoy to shoot the ball into the right bottom corner of the net.

The second goal was a result of a back pass confusion among the Pescara players who failed to beat the press of Roma, spearheaded by Felix Afena-Gyan.

He managed to intercept a pass to a Pescara defender right at the edge of the 18-yard box and hit the ball into the top corner to double Roma's lead.

The 18-year-old is currently the top scorer (6) in Italy's  Primavera 1 U 19 youth division.  He's scored in each of the last four games for the Giallorossi who are unbeaten with 13 points at the top of the table.